About 150 kilometre west of Guwahati, construction is on in full swing to build India’s first detention centre for those declared foreigners after the publication of the contentious Assam National Register of Citizens or NRC last month.

The citizens’ list, to identify illegal immigrants in Assam, has left out over 19 lakh people, leaving them to prove their citizenship.

The mass detention centre in Goalpara district’s Matia can house 3,000 people and is being built over an area of 2.5 hectares, about the size of seven soccer fields. It will have 15 four-storey buildings to keep the detainees. The government expects the massive complex to be ready by December this year though rain had delayed the construction.

A red-painted boundary wall encircles the upcoming camp, with the outer wall at 20 feet and the inner wall at six feet. The detention centre will also have watchtowers

But officials are quick to point out that the Goalpara detention centre will not be as rigid as a regular jail. A senior police officer in Assam said there will be hostel-type rooms, each of which can accommodate four to five detainees. The rooms, the officer said, will have regular doors, proper lighting and ventilation. 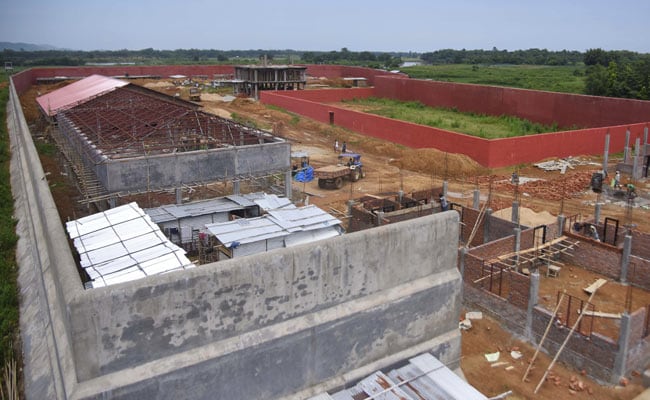 Women with children and nursing mothers and will get a special care facility within the detention centre.

“Special attention is to be given to women/nursing mothers and children,” Union Minister of State for Home G Kishan Reddy had said in parliament in July. “Children lodged in detention centres are to be provided educational facilities in nearby local schools,” he had said.

The construction project for the mega detention centre, that costs Rs. 46 crore, began last year and is being done by the Assam Police Housing Corporation Limited. 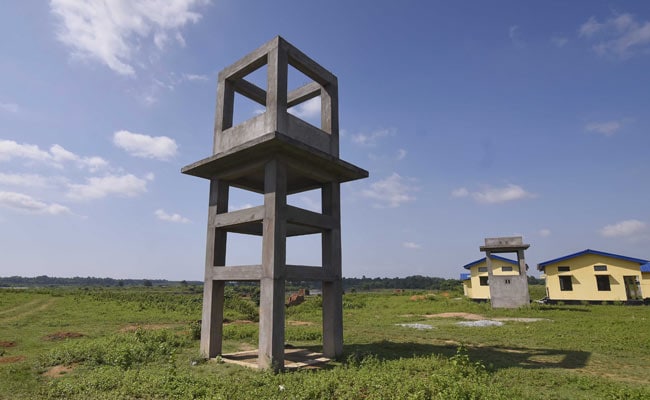 The upcoming detention centre will also have watchtowers but will not be as rigid as a regular jail, officials said. (Reuters)

The centre has said people whose names don’t appear in the NRC cannot be declared foreigners till all legal options are exhausted. Every person left out of the NRC can appeal to the Foreigners Tribuna and subsequently approach the courts. The time limit to file the appeal has been extended from 60 to 120 days.

If those who have been left out of the crucial list are not able to prove their citizenship before the deadline ends, they will be taken to the detention centre which is India’s first fully-fledged detention centre. Ten such centres have been proposed in Assam.

The NRC has immense significance for the people of Assam as the state witnessed a six-year-long movement between 1979 to 1985 seeking detection and deportation of illegal migrants from Bangladesh.

(With inputs from Reuters)

Liverpool 4-3 Newcastle: The Match of the Decade That Cost the Magpies the Title

Robbie Copeland - March 29, 2020 0
Balotelli...AGUEROOOOOOO!!!! - Martin Tyler, May 2012​ That iconic piece of commentary from the dying seconds of the 2011/12 season has been the absolute gold standard ever since. Manchester...

How Manchester United's Loaned Out Players Will Get on When They Return to Old...

James Smith - March 29, 2020 0
While Manchester United have used the loan market to strengthen their own team this year with the addition of new cult hero Odion Ighalo,...

How Arsenal's Loaned Out Players Will Get on When They Return to North London...

Ross Kennerley - March 29, 2020 0
​These were the ones who managed to get out - succeeded in escaping north London so that the atrocious season that has unfolded can't...