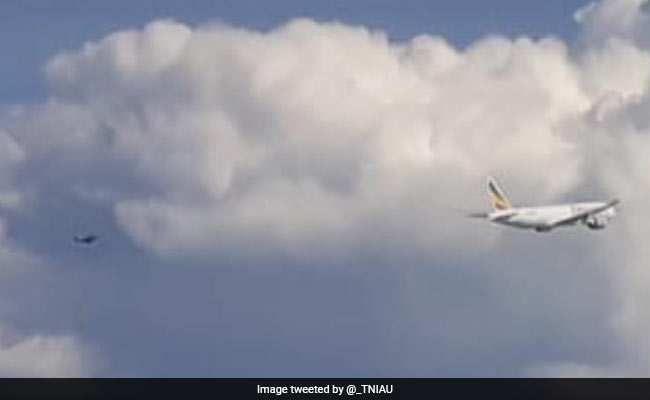 Two Indonesian F-16 fighter jets compelled an Ethiopian Airways cargo aircraft to land on Monday at an airport on Batam island after it had flown into Indonesian airspace with out permission, an air drive spokesman mentioned.

The cargo flight ETH 3728 had been flying from the Ethiopian capital Addis Ababa to Hong Kong, Suwarso, head of Hold Nadim airport, mentioned in a textual content message to Reuters.

Officers at Ethiopian Airways couldn’t instantly be reached for remark.