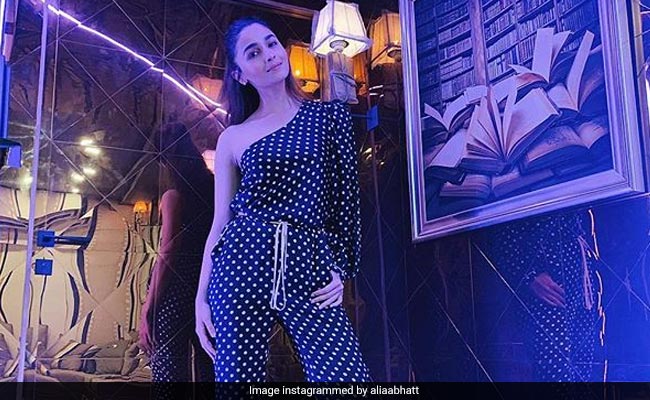 Alia Bhatt’s new vanity van or should we say her “new moving home” ( like she wrote in her caption), will make you go green with envy. On Saturday afternoon, the 25-year-old actress gave her Instafam a sneak peek of her new vanity van by sharing a few inside pictures. BTW, did we tell you that Alia’s vanity van has been designed by none other than Gauri Khan. Yes, you read that right! Both Alia and Gauri shared pictures from the van on their respective Instagram profile. Dressed in a polka-dotted jumpsuit, Alia can be seen happily posing in the van.

Alia Bhatt captioned the post: “When one has to direct ones shot because one isn’t blessed with long legs.” Alia shared another view of her vanity van and wrote: “A glimpse of my new moving home.” Gauri Khan too shared pictures from Alia’s van and wrote: “Enjoyed designing your home on wheels. Planning a fun shoot. Watch this space!”

Take a look at the aforementioned posts here:

Alia Bhatt reportedly purchased a new house in Juhu for Rs 13 crore. According to a recent DNA report, the actress has bought a 2,300 square foot apartment in a sought-after building in Juhu. The report also stated that Alia paid almost double the amount of the standard price.