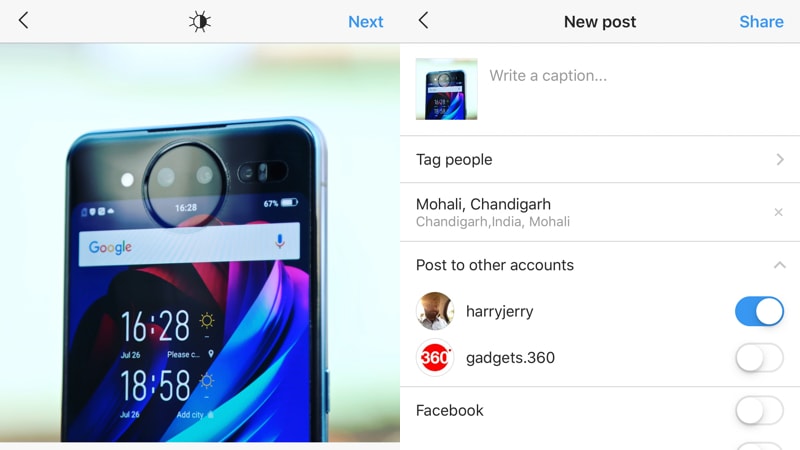 The new feature, being called ‘self regram’, is well suited for influencers, business account managers, and others who maintain multiple profiles on Instagram. The feature is rolling out globally on the iOS app. The Facebook-owned company had previously introduced resharing via its Stories format.

Once the self regram feature is rolled out to your account, you’ll be able to use it while sharing a new post. After selecting a photo or a video and applying your favourite filters, you’ll see an option to ‘Post to Other Accounts’ under the location field. You can choose to post the same content by selecting the relevant accounts.

The feature is expected to save a lot of time for Instagram users who like to post the same across all their profiles. For those who run multiple personal accounts, this could be a useful feature as well.

The only thing you need to consider while using this feature is if you have a common set of followers for your accounts, they’ll see the same content multiple times. Of course, this isn’t an issue in case you have little to no common followers.

We tried out Instagram’s new self regram feature on the iOS app, and it worked quite well. The ability to select multiple accounts at the last step, just before publishing, makes things even easier and less complicated for most users.

As of now, Instagram has limited this feature to the regular content format. There’s no word on whether we’ll see a similar feature to cross-post content on Stories via multiple accounts.

Netflix&rsquo;s Next Indian Film, Chopsticks, Gets May Release Date