Intel has made a series of announcements at its CES 2019 press conference, ranging from updates on its 10nm CPUs to new initiatives by its automotive division, to data centre and AI advancements. Speaking at the keynote, Senior VP of the Client Computing Group, Greg Bryant, and EVP of the Data Centre Group, Navin Shenoy, promised that Intel is evolving from a PC-centric company to a data-centric company.

The company is targeting segments that it thinks will see strong growth over the next few years in addition to its PC processor business. According to Shenoy, “We are making excellent progress in pursuing a massive $300 billion (roughly Rs. 21 lakh crores) data-driven market opportunity spanning the most important workloads – such as AI, 5G and autonomous driving. And, on a scale unmatched by others.”

Building on the announcements made at Intel’s Architecture Day event in December, top Intel execs discussed that the PC still plays a key role in new data-centric era, and users still choose PCs over other devices when they need to get work done.

Confirming that it will not be shipping the repeatedly delayed Cannonlake 10nm platform, Intel talked about its successor, Ice Lake. This will now be the widely available series of 10nm CPUs from Intel. Ice Lake will use the Sunny Cove core architecture and a new Gen11 integrated GPU, both of which were announced at the Architecture Day. The Gen11 GPU will support adaptive sync and deliver 1 Teraflop of graphics processing power.

Ice Lake will feature integrated Thunderbolt 3 and Wi-Fi 6 (802.11ax). Ice Lake will also introduce new instruction sets to accelerate AI and machine learning. Ice Lake CPUs are expected to ship in volume in time for the 2019 holiday shopping season, which means availability in the third quarter of this year or later.

Further, Intel disclosed new details of its upcoming hybrid CPU, which we now know is codenamed Lakefield. This will be the first to use the Foveros packaging technology to integrate the company’s mainstream and low-power CPU cores. Intel has not produced CPUs with mixed core types before, and the new Lakefield chip can be likened to ARM’s heterogenous big.Little strategy. 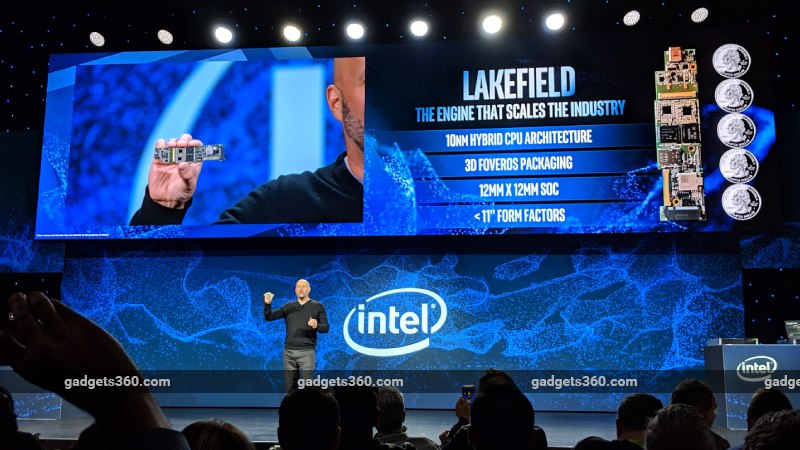 Lakefield will feature one high-power Sunny Cove core and four Atom-based cores as well as an integrated GPU, memory controller, and IO controllers. Bryant showed off a reference Lakefield motherboard that is approximately five inches long and less than an inch wide, to allow manufacturers to develop even thinner and lighter devices.

The next announcement was Project Athena, a set of specification outlines for a new class of 5G-enabled always-on laptops. Intel promises new experiences with class-leading battery life and performance in slim and light bodies. Project Athena will encompass Windows laptops as well as Chromebooks, and manufactures are working to introduce them in the second half of 2019. Intel will work closely with OEMs to develop and test Project Athena devices, all of which will be certified before launch. Acer, Asus, Dell, Google, HP, Lenovo, Microsoft, and Samsung are among the partners being announced today. 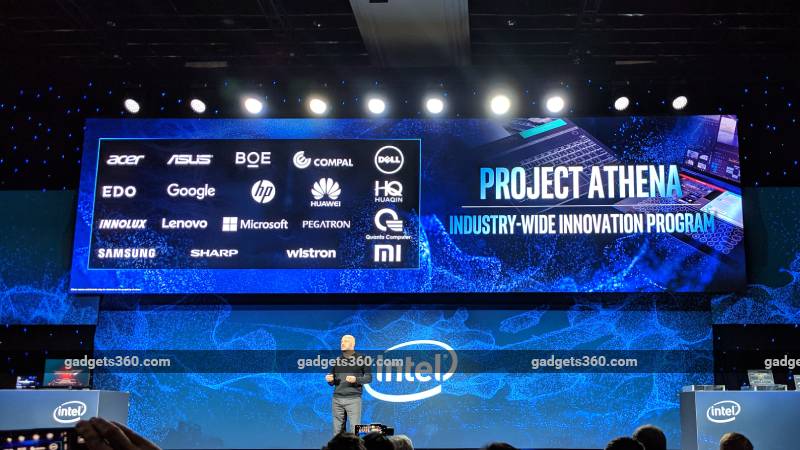 The last bit of news on the CPU front was the introduction of six new 9th Gen Core CPUs for based on the Coffee Lake architecture, spanning the Core i3 to Core i9 tiers. These will be available in retail beginning later this month. Laptops based on 9th Gen Core processors will hit the market in the second quarter of this year, but no specifications or architecture names were announced.

As for Intel’s data centre business, Intel announced a new specialised AI workload accelerator in its Nervana portfolio. The Nervana NNP-I, or Neural Network Processor for Inference, will go into production later this year, and Intel claims industry-leading performance per Watt. Next year, it will be joined by a Neural Network Processor for Training. 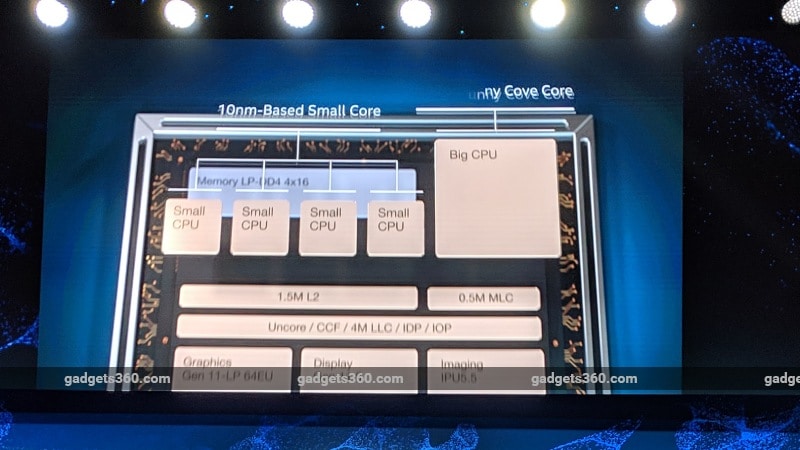 The Ice Lake architecture will also be used for future Intel Xeon Scalable processors which will ship in 2020. This generation will introduce new hardware-based security features as well as performance improvements. No specifications are yet known.

Additionally, Intel announced a new 10nm SoC codenamed Snow Ridge specifically for 5G wireless infrastructure equipment such as base stations. Snow Ridge is designed to allow compute resources to be deployed at the edge, referring to a decentralised and distributed structure rather than an all-encompassing cloud. Intel is projecting a 40 percent market share of cellular base stations by 2022, up from zero right now.

Intel also announced three partnerships with various firms that will see its technology roll out across various computing scenarios. Amnon Shashua, CEO and President of Mobileye, which Intel acquired in 2017, was also on stage at Intel’s CES 2019 press conference. He announced a partnership with Ordnance Survey, a UK-based mapping agency, to develop high-precision location information service catering to smart city deployments and other infrastructure-level services.

Intel, Alibaba, and a startup called Wrnch will be working together to develop AI-powered 3D athlete tracking systems that leverage deep learning and computer vision, in time for the 2020 Tokyo Olympic Games. The partnership would leverage Intel’s hardware and Alibaba’s cloud to create 3D forms of athletes as they train and compete, without them needing to wear special sensors or motion-tracking suits. Finally, Intel and Comcast will be working together on responsive networks in the USA. These networks will leverage 10Gbit connectivity to the home and Wi-Fi 6 within the home to support content streaming, gaming, and more immersive experiences across the dozen or more personal devices that each North American is expected to use by 2022.

Disclosure: Intel sponsored the correspondent’s flights and hotel for the trip to CES, Las Vegas.