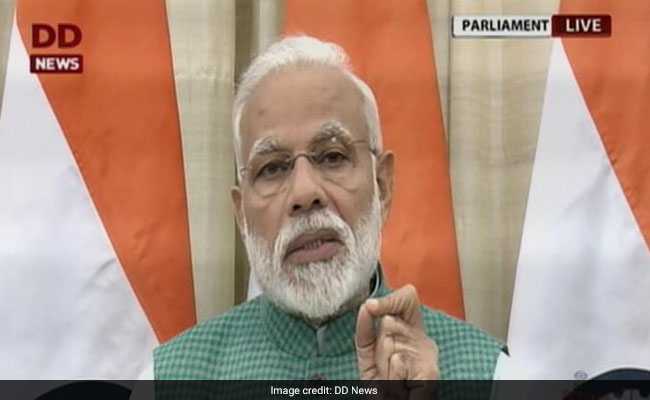 Prime Minister Narendra Modi today said nearly 15 crore people and their families will benefit from the government’s relief schemes for the farmers and the middle class in the interim budget, which comes months before the national elections due by May.

While people under the lowest income bracket – upto 5 lakh — have been given full tax exemption, to placate angry farmers, the government has introduced a cash transfer scheme for small and marginal farmers.

The Prime Minister said over 12 crore farmers and their families, over 3 crore salaried professionals and their families will gain due to the measures. “It is good to see more people being removed from the shackles of poverty. Our Neo-middle class is rising and so are their dreams… Interim budget a trailer for what will take India towards prosperity after Lok Sabha polls,” he said in a televised statement.,” he added.

The scheme for farmers, named after the Prime Minister, has been roundly criticised by the Congress.

Party chief Rahul Gandhi has said giving farmers “Rs 17 a day is an insult to everything they stand and work for”.

His party leader and former finance minister P Chidambaram said the government was planning to “buy votes” with the scheme, which has been made active with retrospective effect. Former Prime Minister Manmohan Singh said the concession to to farmers, concessions to middle class will have “implications in the elections”

The Prime Minister underscored that the measure was meant for the benefit of the small farmers, who were mostly overlooked by bigger government schemes.

“For years, many initiatives have been initiated for farmers but sadly, a lot of farmers never came under the ambit of these schemes. The PM Kisan Nidhi will help those farmers who have under 5 acres of land. This scheme is a historic step for farmer welfare,” PM Modi said.