​We’re getting to the business end of Euro 2020 qualification, and with group leaders edging ever-closer to progression to next summer’s big tournament, the pressure is beginning to tell on some teams.

Ireland avoided defeat in Georgia as Mick McCarthy’s men neared qualification, and Italy secured qualification and continued their 100% record, whilst Spain slipped up thanks to a last-gasp Norway penalty.

The Republic of Ireland survived a stern test away at Georgia, as McCarthy’s men clung on to a vital point in their hunt for Euro 2020 qualification. The visitors only mustered three shots on target, and rarely looked like finding a breakthrough.

Ireland sit joint-top of Group D with Denmark, and face third-place Switzerland in a potentially decisive match to their qualification hopes. 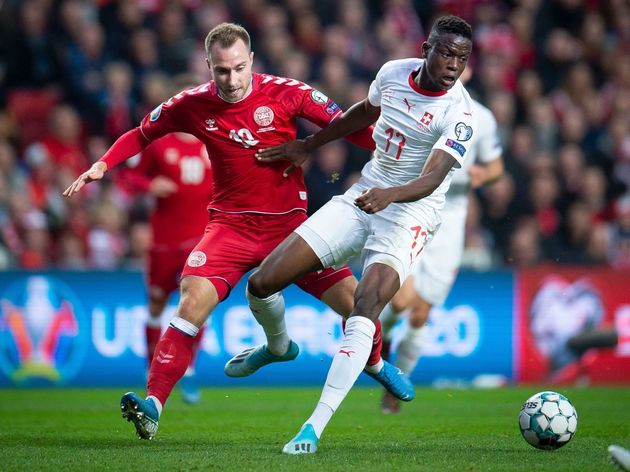 The battle for Euro 2020 qualification really intensified in Group D when Denmark faced Switzerland in a cagey affair at the top of the table. The Danes began the evening one point ahead of their rivals, but a defeat would have seen the Swiss leapfrog their opposition into the top two.

A late strike by Yussuf Poulsen settled the game however, which came via a glorious pass from ​Tottenham Hotspur’s ​Christian Eriksen. The hosts held on to their victory, and opened up a four-point gap between themselves and their Swiss opponents.

Group F whipping boys Faroe Islands suffered that similar feeling of defeat on Saturday, as Romania cruised to a 3-0 victory over the hapless hosts.

Former ​Inter and current Reading striker George Puscas opened the scoring with only 15 minutes left to play, but the visitors scored two late goals to put a gloss on the scoreline, which the home side may feel was rather unjust.

Sweden cruised to victory over hosts Malta, as the away side put in a convincing second-half display over fifth-place Malta.

Sebastian Larsson converted two penalties for the Swedes, who leapfrogged Romania to regain second place in Group F. Marcus Danielsson opened the scoring and an Andrei Agius own goal put the game truly beyond Malta in a confident Sweden performance. Ramos became Spain’s most capped player in history, making his 168th appearance for la Furia Roja, and overtaking previous leader Iker Casillas in the process. Saul Niguez seemed to have won the match for the visitors, but ​Bournemouth striker King equalised from the spot late on to earn a valuable point for the hosts.

Miralem Pjanic produced a stunning display for Bosnia & Herzegovina as the hosts ran out 4-1 winners over Finland, and the ​Juventus midfielder bagged a brace to give his side hope of Euro 2020 qualification.

Pjanic converted from the spot just before half-time and lashed home a vicious volley from inside the penalty area to double his tally for the evening. Finland scored a late consolation goal with 10 minutes left, but the away side remain two points ahead of Saturday’s hosts with plenty left to play for.

Italy maintained their 100% record in Group J, but they didn’t have it all their own way as they battled to victory over Greece. The shock Euro 2004 winners put up a commendable fight against the Italians, but the hosts eventually made their breakthrough, ​Chelsea midfielder Jorginho converting from the spot.

Federico Bernardeschi added a second to ease the nerves for the home side, and Roberto Mancini will be pleased with his side’s progress during the qualification phase.

The shock of the evening came in Liechtenstein, where the hosts picked up only their second point of the campaign, and left the away side outside of the top two places by two points.

Armenia took the lead after 20 minutes thanks to a goal by Tigran Barseghyan, but Yanik Frick equalised for the home side with 20 minutes left on the clock. The visitors pushed for a winning goal, but they were unable to find a breakthrough and lost ground on Finland at a crucial stage in the group stages. ​