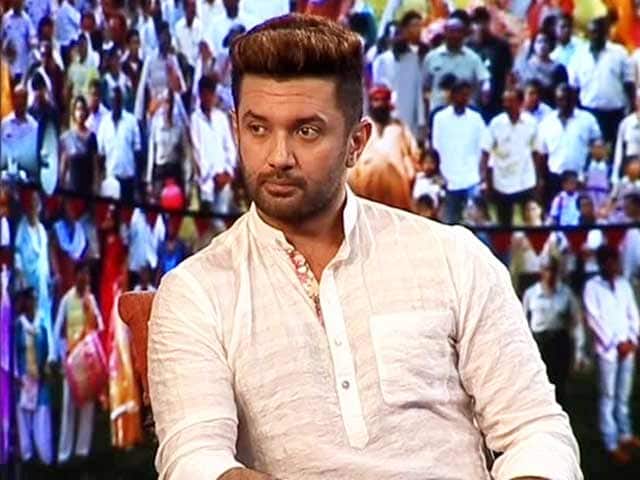 Bihar’s Lok Janshakti Party (LJP), an ally of the BJP, derided leaders of the Grand Alliance in the state who have been visiting Ranchi to discuss sharing of seats with a “tainted politician” ahead of the Lok Sabha elections due in a few months.

Without naming anyone, Chirag Paswan, son of Ram Vilas Paswan and LJP parliamentary board chairman, said it was “ironical” that senior leaders of the ”Mahagathbandhan” were “making a beeline to meet a person, convicted for corruption”.

“Jail ke raaste se sarkaar banana chah rahe hain (they are trying to form the government through jail)”, the LJP leader said in an apparent reference to Rashtriya Janata Dal (RJD) chief Lalu Prasad Yadav, who was convicted in multi-crore fodder scam cases and sent to a jail in Ranchi.

Lalu Yadav is, however, staying at the Rajendra Institute of Medical Sciences (RIMS) where he is being treated for various ailments.

A few days ago, the ruling Janata Dal (United), led by Bihar Chief Minister Nitish Kumar, also poked fun at the leaders going to the Hotwar jail in Ranchi to “prostrate” before the RJD chief over seat-sharing.

JD(U) MLC and party spokesperson Neeraj Kumar referred to Lalu Yadav as the “prisoner no. 3351” and accused Mr Kushwaha, without taking his name, of performing a “dandwat” (bowing) before the former Bihar chief minister.

The RJD plays a central role in the Mahagathbandhan and therefore, Lalu Yadav’s approval in finalising the allocation of seats is required, sources said.

Tejashwi Yadav, who is seen as Lalu Prasad’s political heir and who has been steering the party in his father’s absence, said, “Our priority is to defeat the NDA. Whoever seems to be in the best position to defeat the BJP-led coalition in a given seat will be fielded as the joint candidate of the Mahagathbandhan“.

After one such meeting with Lalu Yadav, Mr Kushwaha, accompanied by Mr Sahni, had told reporters that a strategy to defeat the BJP-led NDA in both Bihar and Jharkhand was discussed among other things.

The seat-sharing among the grand alliance constituents would be discussed later in the presence of all the constituents of the anti-BJP alliance, the RLSP chief said.

Mr Kushwaha also refused to comment on whether he hoped for a bigger share in the Grand Alliance compared to when the RLSP was with the NDA, which had offered him only two of the 40 Lok Sabha seats in Bihar, and said, “Wait for the opportune time. Our priority is to make the NDA bite the dust and not to make the number of seats a prestige issue.”

The NDA, on the other hand, has finalised its seat sharing arrangement and Chief Minister Nitish Kumar’s party and the BJP will contest 17 seats each while the Lok Janashakti Party got six seats after the RLSP’s exit.

(With inputs from agencies)