​Jamie Carragher reckons ​Manchester United’s struggles in front of goal will cost them a place in the top four. Ole Gunnar Solskjaer’s side have made their worst start to a season in over 30 years, and currently sit in 15th place in the ​Premier League table ahead of their trip to Norwich City.

United haven’t scored more than one goal in a game since they beat ​Chelsea 4-0 back at the beginning of August and Carragher thinks that needs to change if they are to make the top six. 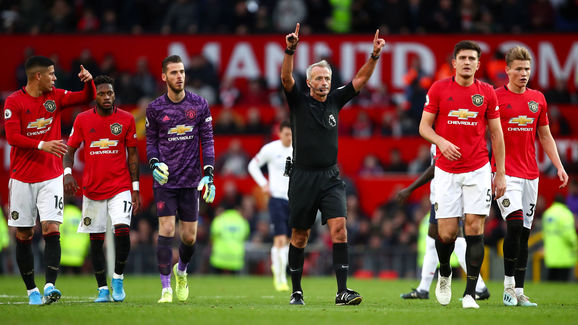 “I think they’ll get better, of course they will,” Carragher told Sky Sports (h/t ​Football365).

“The position they are in the table, they won’t end up there, they’ll get better, of course, but I don’t think they’ll get top four.”

“There’s talk about Leicester getting top six and you’re not quite sure who’s going to miss out, but certainly United are one of the big candidates of the top six to miss out with Leicester going strong.”

Lukaku has scored five league goals this season and #mufc have scored nine. They scouted 804 right-backs but couldn’t identify a reliable goalscorer to replace Lukaku…

Solskjaer has admitted that Manchester United’s transition this season has been “difficult”. The Norwegian acknowledges that the club failed to replace Romelu Lukaku and Alexis Sanchez, but is fully on board with United’s philosophy of bringing through young players.

“You have to be brave. You have to trust your players and trust the kids,” Solskjaer told ​Sky Sports News, ahead of Sunday’s trip to ​Norwich.

“We need results as soon as possible. We need a result against Norwich. But then again we are in the situation we are. We made the decision to start the transition and that transition period has been difficult but I think the young kids are going to learn from it.”

Everton & Leicester City Set to Battle With Napoli for Signature...