​Atletico Madrid goalkeeper Jan Oblak has insisted that he remains happy at the club, but has refused to rule out a move to the Premier League in the future.

The Slovenian shot stopper was heavily linked with a move to England last summer, with Chelsea said to be especially keen as they searched for a replacement for Thibaut Courtois, who moved to Real Madrid. However, a move failed to materialise and Chelsea instead opted to sign Athletic Bilbao’s Kepa Arrizabalaga.

Speaking to ​FourFourTwo, Oblak insisted that he was not interested in a potential move to the ​Premier League, but suggested that he may look to move to England in the future.

He said: “I can’t talk too much about [why a move to ​Chelsea didn’t materialise], but I said in the summer that I’d prefer to stay.

“I didn’t speak with any clubs – my agent and the people at ​Atletico do those things. I decided to stay as I saw a good project here, and I believe the best way I can win titles is by staying.

“But in the future, everything is possible. In football, things change from one day to another so it’s impossible to say you’re going to be somewhere for many years, because you don’t know. January is here, June is there. Things can change so fast.

“The Premier League is interesting. It’s attractive and at some stage I may want to be part of that competition. I can see myself there, but I don’t know when – maybe next year, in two years, five or 10.” 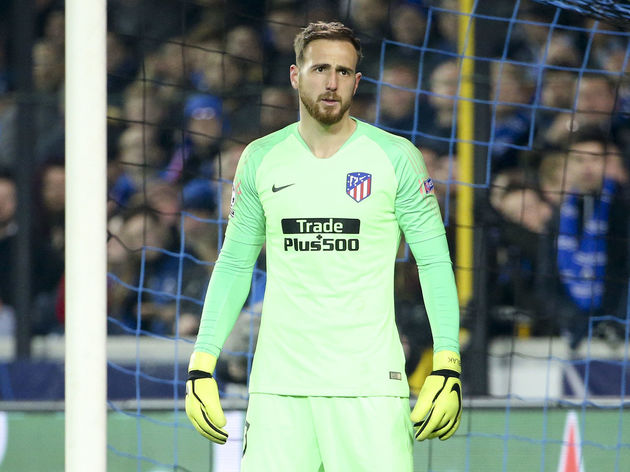 Oblak remains under contract at the Wanda Metropolitano until 2021, but ​AS claim that Atletico are looking to extend the 26-year-old’s current deal. Widely regarded as one of the finest goalkeepers in the world, Oblak would certainly demand a high level of interest if he did decide to move on from Los Rojiblancos.

He has never been short of interest from the Premier League, with the likes of ​Liverpool, ​Manchester United and ​Arsenal previously joining Chelsea on the list of potential suitors for Oblak.