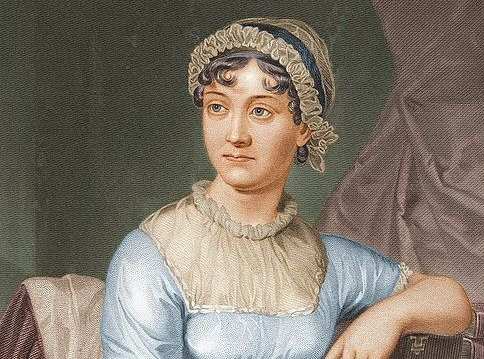 A piece of Jane Austen’s rare letter written in November, 1814 to her niece Anna has been saved by Jane Austen’s House Museum. The Museum had raised £10,000 through a crowd-funding campaign in just six-weeks to save the document, which is now on display at the museum in Chawton, Hampshire till the end of the year.

The rare letter was up for sale which sparked the crowdfunding campaign to preserve the letter for public access, reported The Bookseller. More than 250 people from across the world donated money to help the museum get the document. ‘The £35,000 negotiated purchase price was reached through financial support from the National Lottery Heritage Fund, the Stephen James Charitable Trust and the Walter Guinness Charitable Trust in addition to the fundraising campaign,’ reads a report by The Bookseller.

The letter was originally two pages long, wherein Austen talks about her family and social history in it. It was written when Austen stayed at her brother Henry’s place while visiting London to discuss the Mansfield Park’s second edition. According to The Bookseller, the letter was later spilt into five parts– two of which are lost, one is with the British Library, the other is in private possession, while the main part which has the first 40 lines of the letter is now on display at the Museum among 12 other letters by the beloved author.

Dr Mary Guyatt, Director of Jane Austen’s House Museum, said in a statement, “We are thrilled to be able to display this irreplaceable manuscript and we would like to thank the individuals and organisations who have helped to secure its future here. Each new acquisition advances the Museum’s vision to cherish and share Jane Austen’s home, work and legacy as an inspiration to the world.”

Talking about the important letter, Professor Kathryn Sutherland, Trustee- Jane Austen’s House Museum and leading Austen scholar, said in the statement, “As any two pages go, these are delightful and rich in information. The letter fits wonderfully well with others in the Museum’s collection: we have two earlier examples from Austen’s visits to London where she stayed with brother Henry, in May 1813 and March 1814. This, from November 1814, the latest of the visits, was written when she was in London to discuss a second edition of her most recent novel, ‘Mansfield Park’, with her then publisher Thomas Egerton.”

Interestingly, the letter was written at the time when Austen lived at the cottage in Chawton which is now converted into the Jane Austen’s House Museum. The museum also celebrates its 70th anniversary this year.

Arsenal Make a Loss for the First Time Since 2002 as Champions League Absence...