​Liverpool’s defensive crisis has suffered a fresh blow with the news that Joe Gomez may require surgery as concerns grow over his fractured leg.

The 21-year-old has suffered multiple setbacks during his rehabilitation since sustaining a hairline fracture in December, and Reds boss Jurgen Klopp conceded that Gomez will not return in time for the first leg of his side’s Champions League showdown with Bayern Munich.

“Yes, it is about the healing, and we will see how exactly we will do it,” Klopp said, via the ​Mirror. “Does he need an operation? I don’t know. We will see. It is possible, probably.

“It will take time. We cannot say more. But the ​Bayern game is not a realistic target, no. After that, any time, you will see.”

Gomez had initially been due to return in time for Monday’s Premier League clash against ​West Ham, though difficulties in the defender’s recovery process have halted his progress.

The ​Liverpool star has had regular consultations with a specialist and is apparently due to visit again shortly for a verdict on whether or not he will require surgery.

The Reds’ defensive woes are added to by the absence of right back ​Trent Alexander-Arnold, who will also miss Monday’s trip to West Ham, whilst ​Dejan Lovren has suffered a recurrence of a hamstring issue which has been a long-term problem this season.

There are also fears that the Croatian could miss this month’s huge European encounter with Bundesliga giants Bayern Munich.

Meanwhile, Klopp has responded to a dig from ​Manchester City defender ​Kyle Walker following Liverpool’s 1-1 draw with Leicester in midweek, after the right back ​appeared to mock City’s title rivals on social media.

Klopp responded: “I am not sure what that says about us. It says something more about the other person. I never celebrated that another team dropped points or lost a game. For me, that’s not allowed.” 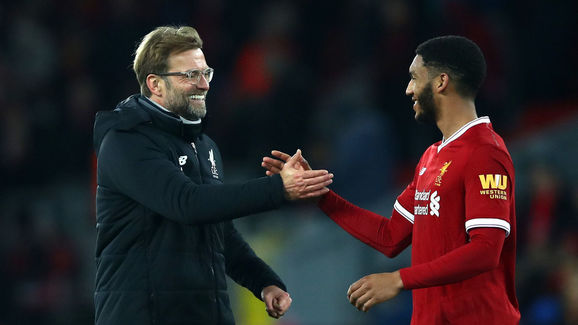 Liverpool lead Pep Guardiola’s side by five points in the race for the title, as Klopp’s side prepare to face West Ham a day after City host ​Arsenal in the Premier League on Sunday.

Barcelona's Ansu Fati's Father Reveals That he Turned Down A Big...