​Liverpool manager Jurgen Klopp was delighted by ​his side’s 1-0 win over Brighton, describing their performance as the ‘most mature of the season’ so far.

Scoring from the penalty spot, Mohamed Salah’s 14th Premier League goal of the season proved to be the difference between the two teams at the Amex Stadium, as the win ended a run of consecutive defeats for the Reds.

Despite only securing a narrow margin of victory, Klopp praised his side’s efforts after the game, as well as complementing them on their game management in the closing stages. 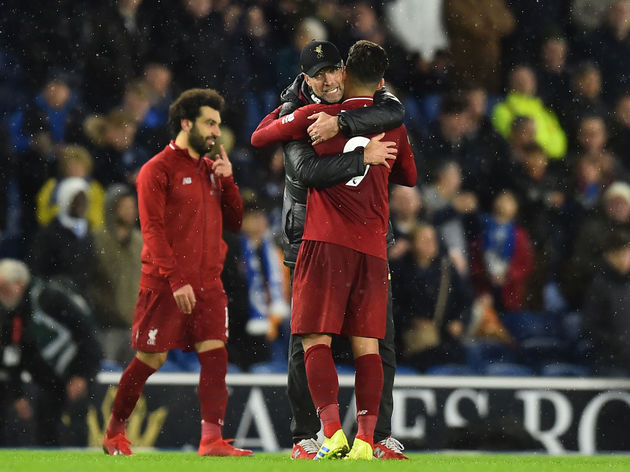 Speaking post-match, as quoted by ​Sky Sports, he said: “I thought it was an unbelievably mature performance from my side. I really like that because it’s a new skill and we have to keep that. It’s not opera football but it’s still a really nice song.

The win sees ​Liverpool remain top of the ​Premier League, although the gap between themselves and Manchester City is now seven points ahead of their game against Wolves in the coming days.

Victory over ​Brighton also proved to be Liverpool’s first win of 2019, although Klopp was quick to quash any talk of pressure prior to the win.

He added: “We are Liverpool and we have to win games, that’s not new for us, so we should be used to it.

“You don’t want to draw or lose here so you need these moments, but you have to work and take each step of the game. Keep them busy, play around, try to create and, if you find a way, then use it the second and third time maybe. “It’s really difficult, Chris [Hughton, Brighton manager] is a smart fox and they close the spaces perfectly. It’s difficult to stay 100 per cent concentrated in a game where you always have the ball.

“Then you try something at the wrong moment, they win the ball and we all have to run. It’s a challenge, but this is a proper football game and we won it.”