​Liverpool manager Jurgen Klopp claimed his side were subjected to ‘strange’ decisions after officials awarded a controversial opener for the Reds during ​their 1-1 draw with West Ham United.

Sadio Mane put the visitors ahead in the 22nd minute, despite James Milner being stood in an offside position prior to crossing the ball for the games opening goal. However, Michail Antonio got hosts level just six minutes later.

While Klopp acknowledged his side’s goal shouldn’t have stood, he felt it led to decisions going against his team after the interval that disrupted their rhythm as they searched for a winner. Speaking post-match to ​Sky Sports, he said: “We had good moments, coming through the channels and scored the goal, which I’ve now been told is offside. This explains a little bit the second half, because I think the referee knew at half-time.

“He knew it for sure at half-time, and then you saw a lot of strange situations. They were not decisive but just rhythm breakers. That obviously didn’t help us.

“If I’ve made a mistake in the first half, I don’t want to open the gap even more as a human being.” 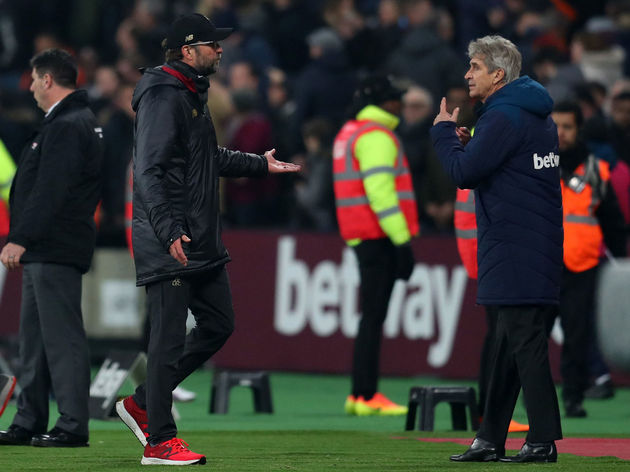 The draw sees ​Liverpool remain top of the ​Premier League, as they hold a three-point lead over Manchester City. However, Pep Guardiola’s side could be top of the table by the time the Reds play Bournemouth should they beat Everton in midweek.

Liverpool have now dropped seven points from their last five league games, having dropped just six points from their first 20 games, as Klopp challenges his side to ‘perform better’ following the stalemate against West Ham.

He added: “It was not our best performance of course because we came up against difficult opponents. It’s a deserved draw which we’ll take now. We’ll see who’s available for the weekend and we’ll move on.

“We have to accept that [the pressure]. We have to perform better. That’s all I’m interested in and concerned about. A couple of players didn’t play at the highest level tonight, but it’s happened before and it’ll happen again. We will deal with that.”

Climate campaigner Greta prepares to sail to the US on boat...