The Reds began the game at Molineux with Mohamed Salah, Roberto Firmino and Sadio Mane all on the bench, with several others such as Virgil van Dijk not even making the journey to the Midlands for the third round tie.

Klopp insisted after the game though that a number of his changes were enforced, rather than by choice. 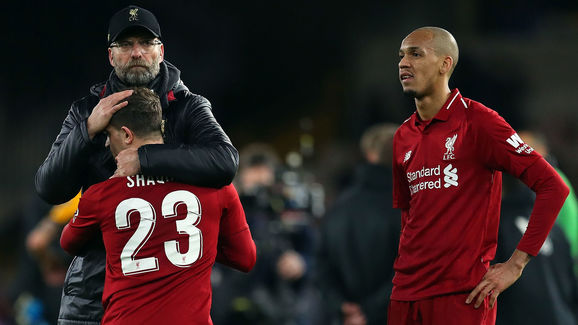 “I changed a lot because I thought we had to, not because I wanted to and to say, ‘come on, let’s have a look at how that works’ because it was clear Wolves would not change a lot,” Klopp said, as quoted by Liverpool’s official website.

“The problem is, we played a similar line-up and had three tough games in the last couple of weeks, so it was clear we had to change. That’s it, that’s all.

“It was for different reasons. After the [Manchester] City game we immediately had a few players who were ill, who showed a sore throat and all you can have in this period of the year. A few of them were not even in after the City game, so there was no chance.”

​Liverpool will again face more selection issues on Saturday when they face ​Brighton at the Amex Stadium, with central defender Dejan Lovren having limped off early on at Molineux with an injury. Klopp then claimed it was never the plan to start Lovren on Monday night, going on to state his belief that the youth players he fielded are more than good enough to compete. “Dejan was not in the plans, he should only have been on the bench and then what happened, happened.

“We are not here to be new world-record holders for the youngest team. It’s nice. The boys are around and train with us because we think they are good enough. If we play 10 v 10 [in training] they are on the other team and, believe me, they play much better than they did tonight.”

Germany vs Estonia Preview: Where to Watch, Live Stream, Kick Off...