Liverpool manager Jurgen Klopp has admitted that summer signing Naby Keita is still finding his feet an Anfield, but has backed the £48m midfielder to have a huge impact at the club.

The 23-year-old has started only eight Premier League games this season after enduring a number of injury problems, with Keita confined to the substitutes bench for the majority of the festive fixtures.

The Guinea international has the full support of his manager though, with Klopp insisting that he is happy with the progress that Keita has made so far, despite his lack of appearances in the first team of late. 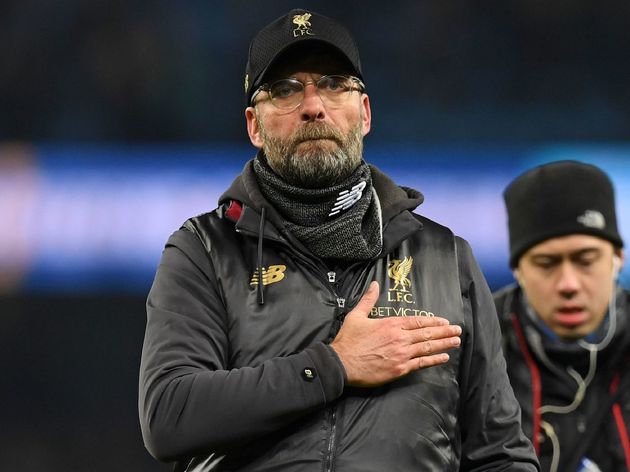 “No. That is sometimes how it is. I spoke to him. [With] Naby everything is fine. I am completely happy with him,” Klopp said, in an interview with Sky Sports.

“Could he be a bit more confident in the games? Yes. Is he exactly the player in his best time at Leipzig? No, but he is still adapting – that is how it is.”

Klopp continued by insisting that a few injury niggles had disrupted ​Keita’s progress over the past few months, but he was excited to see what the future holds with such a talented player at his disposal.

“Everybody saw, not only at the beginning of the season, how brilliantly he played in the first part. ​Tottenham [away] was a fantastic game from him without thinking too much,” Klopp added.

“Then we made a change around pre-[Manchester] City game. The boys have to deal with it and then a little injury here, little injury there.

“It was kind of a little setback but he is a fantastic player and I am really happy to have him here. I am really looking forward to our common future. You see every day, wow, there is so much to come and so much influence he can have on each game. That’s all good.

“There is really no doubt about the boy, he is an outstanding player.” Keita will hope to be among the starters for ​Liverpool‘s FA Cup third round tie with Wolves, but will again face stern competition for a starting berth from the likes of Jordan Henderson, Georginio Wijnaldum, Fabinho and the returning Adam Lallana among others.