The Liverpool head coach is expected to put out a youthful side ahead of the Reds’ third round tie at Molineux, in order to rest some of the more senior players following a hectic Christmas period. 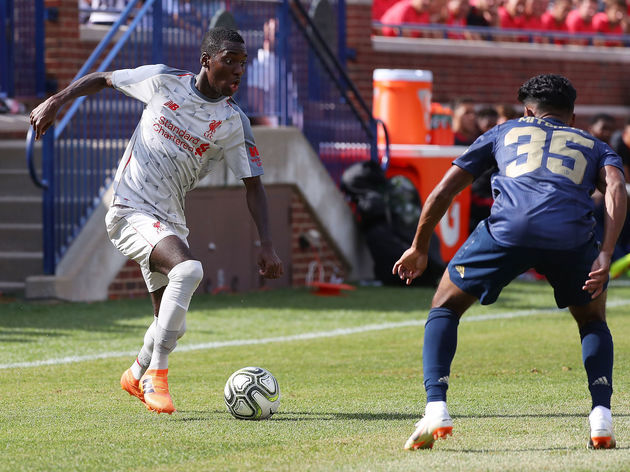 As a result of the rotation Camacho – who has scored an impressive four goals in six UEFA Youth League appearances this term – could be joined by fellow under-23 player Curtis Jones, who is tipped to also play a part in the game against Wolves.

Speaking of Camacho and Jones, Klopp told the Mirror: “Curtis is another good example, he’s just a fantastic player. He is now with us since February last year and it’s just brilliant to have them around. If you could see them every day then you would see how big steps they make.

“Rafa Camacho is the same. We have a lot of these young boys constantly around and I’m really happy about that, but they have all the time in the world. They are really young and it is not about pushing them into a situation.” Klopp then alluded to the idea of playing the youngsters in the FA Cup clash: “The good thing is that if one of these boys will play on Monday, then it is all my responsibility.

“They only have the opportunity to show up and play football and all the things that don’t work are my responsibility and my fault because then I made the wrong decision and they were not ready, that’s how it is.

The Liverpool boss also confirmed that second choice keeper Simon Mignolet will start between the sticks, while forgotten left back Alberto Moreno will also get a rare outing.

Marcelo Insists Neymar's Barcelona Past Would Be No Barrier to Real...