Liverpool manager Jurgen Klopp has singled out young right-back Rafael Camacho for a vital injury-time challenge in their 4-3 win over Crystal Palace.

The 18-year-old defender came on as a substitute for Mohamed Salah in the 94th minute after James Milner was shown a second yellow card for a late challenge on Wilfried Zaha, and Camacho wasted no time to make an instant impact on his Premier League debut. ​Palace‘s Max Meyer made it 4-3 in the 95th minute, and as the Eagles chased an equaliser, it was Camacho’s timely intervention that kept Zaha at bay in the dying seconds.

The Live​rpool Echo quote Liverpool boss Klopp, saying: “I told him immediately after the game that he’d already made the most important challenge of his life.

“I’m not sure he really got it – he looked at me like ‘What is he talking about?’ – but it was really massive.”

It may not have looked special at first glance but the timing of the tackle looks to have given Klopp a new option at right-back in the shape of the young Portuguese defender, in spite of rumours that he could be offloaded to Sporting CP this month.

“He’s good in defensive challenges,” Klopp added. “He’s an offensive player in his mindset and everything but look at our full-backs and where are they most of the time? You need these offensive skills.”

With ​Trent Alexander-Arnold still recovering from a knee injury and James Milner now suspended for one match, Camacho could be in line to start at right-back next week against ​Leicester and undergo a similar integration process that Andy Robertson went through last season.

“It is the learning process Robbo [Robertson] went through. He was a fantastic left-winger but played full-back and now he is a full-back. That’s really cool,” said the Liverpool manager. 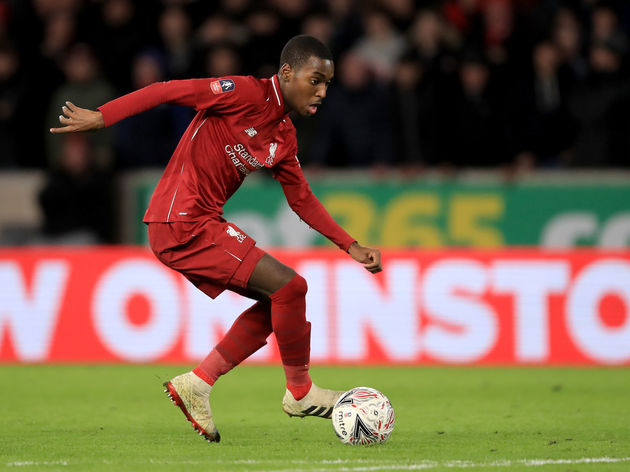 “I was really happy in that moment but I have seen similar situations from him (Camacho) before.”

​Liverpool have ten days to recover from Saturday’s seven goal thriller due to the return of the FA Cup this weekend, of which they were knocked out by Wolves in the third round.

Fans will be hoping this period sees the return of Alexander-Arnold and Joe Gomez, who has missed the last ten fixtures with a leg fracture, but Klopp’s comments suggest they should have no reason to fear a stint at right-back from the impressive Camacho.

'Not a racist bone in my body,' says Donald Trump

Trump says look forward to State of the Union address to...