​Liverpool boss Jurgen Klopp has revealed that Joe Gomez and Joel Matip are almost fully recovered from their respective injuries, but won’t take part in Monday’s FA Cup match against Wolves at Molineux and are doubtful for the match against Brighton.

That means that Klopp may be forced to play an experimental centre back pairing for the game, with Virgil van Dijk having featured heavily for Liverpool over the Christmas period, and Dejan Lovren struggling in their recent loss to Manchester City.

Gomez has being sidelined with a fractured leg since early December while Matip sustained a fractured collarbone four weeks ago, but both should return to full team training ahead of Liverpool’s next ​Premier League match against Brighton. 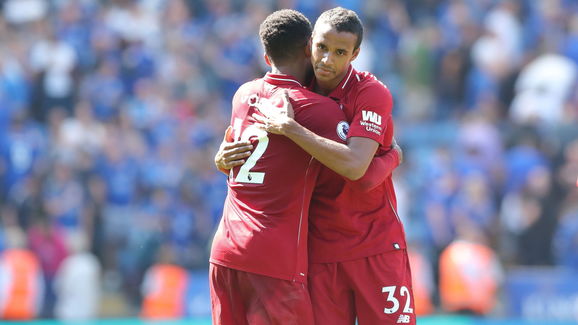 Speaking ahead of the game against ​Wolves, as quoted by the ​Daily Star, Klopp confirmed he may have to shuffle his back-line ahead of the third round match.

“[We need] To be creative,” the German said.

“Or we play the two [Dejan Lovren and Virgil van Dijk] again, we will see. If not, then we have to be creative. We will see what we do, but we cannot, we will not sign a centre-half for one game or whatever, that will not happen.

The return of the duo will come as a welcome relief to ​​​Liverpool, who have been short on numbers following the injuries sustained to the pair, and Klopp is hopeful of their swift return.

“Joe and Joel look good – obviously not good enough for Monday, not good enough I would say for the game after that, for Brighton, [but] hopefully then they are at least in full team training,” he added.

“I think for Joel it would be possible, for Joe at least there’s a little hope that it can be the same, so we will see. Joe had a good day, a very good day [on Friday], so that’s good.”

Kamala Harris very much qualified to run for US Prez: NJ...