Juventus moved 14 points clear of nearest title challengers Napoli in Serie A on Friday night with a resounding 3-0 victory over second-bottom Frosinone at the Allianz Stadium.

With the Bianconeri on course for an unbeaten season in the league, they got off to the best possible start when recently out-of-favour Paulo Dybala announced his return in emphatic fashion, with a thundering strike from 30 yards. 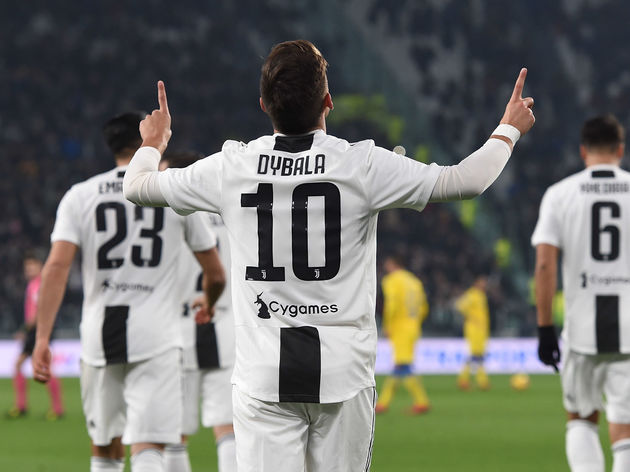 The Argentine’s effort was the 25-year-old’s first goal since late last year, and essentially ended any hopes of a shock victory for the struggling visitors inside just five minutes. Leonardo Bonucci then added a second for Juventus ten minutes later when he bundled home from a goalmouth scramble.

With the game getting stretched in the second half, Juventus had several more opportunities to extend their lead and did so thanks to a Cristiano Ronaldo strike just after the hour mark. Having virtually secured all three points, manager Massimiliano Allegri rung the changes, and ensured Juventus head into Wednesday’s Champions League showdown with Atletico in the best shape possible.

With a huge first leg of their Champions League last 16 clash against ​Atletico Madrid coming up next Wednesday, Allegri’s team selection certainly raised a few eyebrows. The Italian virtually went full strength against second-bottom Frosinone, with the 51-year-old opting against giving many of his stars a rest. 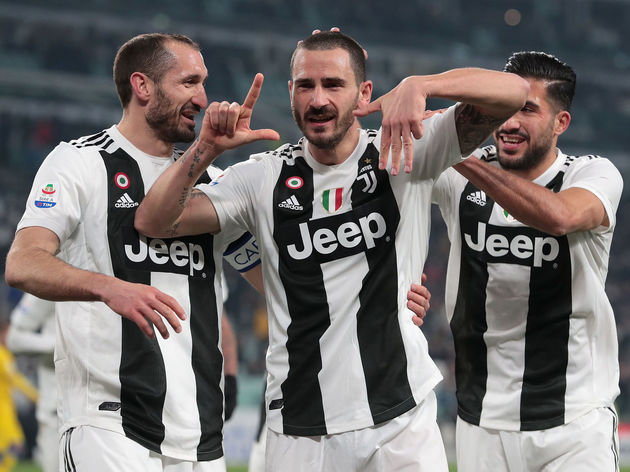 The strong starting eleven essentially rendered the result a formality, with the Bianconeri racing off to a fast start thanks to goals from ​Dybala and Bonucci. ​Cristiano Ronaldo’s customary goal in the second half allowed the Portuguese star to be taken off by Allegri, before veteran Giorgio Chiellini was also substituted with a view to the midweek game. With Ronaldo fit and firing on all cylinders, the Old Lady look in ominous shape for the Champions League this year.

STAR MAN – Out of the side in recent weeks, Paulo Dybala showed his manager exactly what he brings to the table with a sumptuous strike with his left foot inside five minutes. The mercurial Argentine was at his best on Friday night, with his delicate first touch and deceptively quick dribbling, and will hope that his goal and starring performance will ensure a starting berth against Atletico.

Having taken care of business in ​Serie A with minimal fuss, Allegri’s men travel to Spain to take on Diego Simeone’s Atletico Madrid in the first leg of their Champions League clash, as they look to capture European football’s holy grail once more.

Imran Khan to visit US next month: Report