A Gervinho equaliser in stoppage time was enough to earn Parma a point in a dramatic 3-3 draw with Juventus at the Allianz Stadium.

Juventus went ahead after it looked as though Ronaldo was falling off balance as he went to shoot, but still managed to get his shot away and went one better by getting his shot on target which beat goalkeeper Luigi Sepe – who would’ve been disappointed not to have done better in his attempts to keep the ball out – to give Juventus the lead 10 minutes before half time. 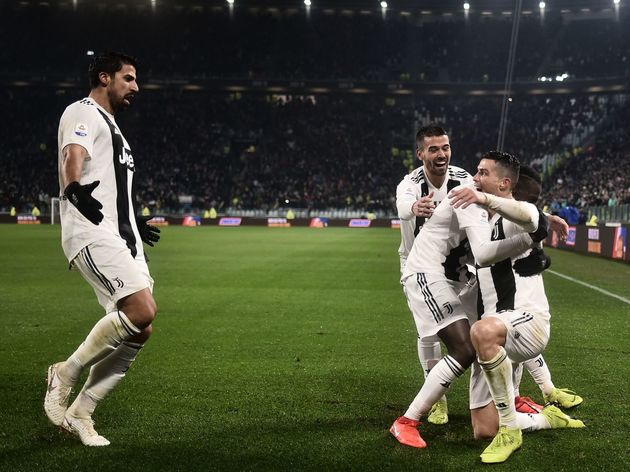 ​Juve then thought they’d won a penalty after Martin Caceres was seemingly brought down in the area, however referee Piero Giacomelli referred the decision to VAR and upon review overturned his decision.

After an even start to the second half, Juventus doubled their lead just after the hour mark. ​Ronaldo’s header from a Mario Mandzukic’s cross looped up in the penalty area, with defender Danielle Rugani volleying the ball into the back of the net in emphatic fashion to double the host’s lead. Just as Massimiliano Allegri’s men looked to have built a comfortable lead, they were pegged back just minutes later. Juraj Kucka put a very inviting ball into the penalty area, with Antonino Barilla having an unmarked header in the middle and headed past Mattia Perin in the Juventus goal to narrow the lead back down to one goal.

Unfortunately for the visitors their hope was very short lived, and Ronaldo leapt over Simone Iacoponi and headed Mandzukic’s cross into the back of the net to restore their two-goal advantage just seconds after being pegged back. Parma got another consolation goal through Gervinho thanks to a neat flick with 15 minutes left, and then in the second minute of stoppage time, the former Arsenal forward snatched a late equaliser to complete the comeback from 3-1 down to 3-3.  Here’s a breakdown of the night’s events:

Proceedings had been plain sailing for Juventus for the majority of the season so far, however tonight was far from that. Things looked to be routine when Rugani put the home side 2-0 up, however Parma had other ideas. They really tested Juve’s resilience and in the end Juventus just couldn’t hold on. Juve will be disappointed with the manner in which they conceded the late equaliser as it could’ve been easily avoidable.

Their unbeaten start to the season has bee extended through 22 games and have extended their lead at the top of ​Serie A to nine points, however it’s just the third time all season they haven’t picked up all three points and it’ll certainly feeling like two points dropped rather than a point gained.

STAR MAN – To nobody’s surprise, it was Ronaldo who stole the show on the night. He turns 34-years-old on Tuesday, however he’s showing no signs of slowing down after another fantastic performance in front of the home fans.

In his first season with Juve, he’s hit four braces

No player has ever had a better start to their Juve career than Cristiano Ronaldo (19g, 8a)

Two well-taken goals and an assist on the night put his side in a commanding position and whilst his side couldn’t hold on to the lead, he can certainly hold his head up high after another brilliant performance.

WORST PLAYER – Juventus fielded a fairly inexperienced back line with both Giorgio Chellini and Leonardo Bonucci missing out, meaning Rugani and Martin Cacares filled the void, with the latter visibly struggling. He was caught out at the back for Parma’s second goal with a lapse in concentration and showed some signs of nervousness when put under pressure with the visitors searching for a late equaliser. It ultimately costed his side two points, and he’ll want to forget his night in a hurry.

Juventus will be looking to get back to winning ways when they travel to face Sassuolo on Sunday evening, whilst Parma will be hoping to get another positive result when they host Inter on Saturday night.

Fantasy Premier League: The 10 Players Who Scooped Man of the...

6 Players Who Deserve a Call Up to the England Squad