​Juventus have been handed a huge boost after Leonardo Bonucci returned to training after two weeks out with an ankle injury.

The 31-year-old central defender, who re-joined Juventus this summer after spending a year at Serie A rivals Milan, was expected to be on the sidelines for around a month after being replaced at half-time during I Bianconeri’s clash with Lazio at the end of January.

He was able to take part in training on Tuesday though, confirmed by ​Juventus’ official Twitter, handing manager Massimiliano Allegri a major boost ahead of next week’s Champions League clash with Atletico Madrid.

The Old Lady travel to the Wanda Metropolitano for the first leg of their tie on February 20, and although this Friday’s Serie A game with Frosinone is expected to come too soon for Bonucci, a return against Diego Simeone’s men now seems possible. 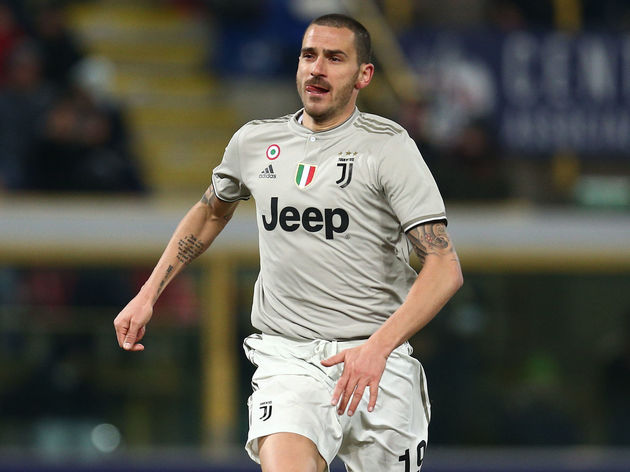 His return will provide a boost to a side that has suffered a number of injuries over the past few weeks. ​Cristiano Ronaldo, Giorgio Chiellini and Douglas Costa all underwent ‘personalised training’ during Juve’s training session, with all three continuing their rehabilitation away from the rest of the squad.

Bonucci’s absence has not been in felt in the couple of weeks, however, with Juventus continuing their march towards an eighth consecutive league title. They lead nearest challengers ​Napoli by 11 points, and are yet to taste defeat this season – winning 20 out of their 23 games.

His contribution and experience has proven invaluable since his return though, with the Italian making 24 appearances this season, scoring once.

'Tottenham Could be on par With Real Madrid one day' –...

Sunny Leone's daughter Nisha gets a birthday party fit for a...