​Juventus number one Wojciech ​Szczesny is to be handed a new contract by the Old Lady, having impressed in his first two seasons for the team.

There is more to this story, though, as it seems I Bianconeri are offering the Polish stopper a new contract having turned down the chance to sign ​David de Gea from Manchester United.

Originally, Szczesny had been signed as the back-up to veteran ​Gianluigi Buffon, but took his chance when the long-time Juve starter moved to Paris Saint-Germain and has kept the gloves ever since. 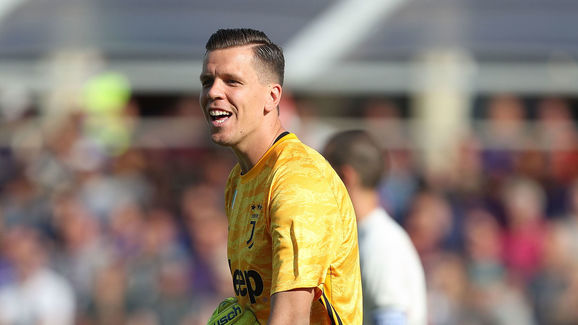 ​Calciomercato report that Juventus are willing to offer a new five-year deal to the ex-Arsenal man, whilst also giving him a slight wage hike to secure his services.

This has all happened in tandem with Juventus being offered the chance to sign Spain’s former number one David de Gea, who was linked with an exit from Manchester United over the summer before signing a new long-term deal at Old Trafford.

The Italian report claims that Juve declined to enter into negotiations with United over De Gea before he put pen to paper on his new deal, trusting in Szczesny to be their man – with one eye on their balance sheet, with the Spaniard sure to be paid more than their incumbent.

The Pole has kept a clean sheet in just over half of his appearances for the Turin-based club, contributing to one of the most notoriously tough back lines in European football – although this season has seen Maurizio Sarri’s side concede at an uncharacteristic rate of a goal per game, in part due to Giorgio Chiellini’s ACL injury and Matthijs de Ligt’s slow start since his summer move from Ajax.

Last season, by contrast, Szczesny’s 38 games across the Champions League and Serie A saw him allow just 29 goals to opponents.

Wilfried Zaha Admits His Head Was 'All Over the Place After...