​Juventus are reportedly planning a ‘summer revolution’ to combat an increasingly ageing backline containing Giorgio Chiellini, Leonardo Bonucci and Andrea Barzagli, who are all well into their 30’s.

Juventus’ sporting director, Fabio Paratici, is believed to be keen on adding reinforcements who are ‘young and promising’, with Ajax star Matthijs de Ligt heading a three-man shortlist. 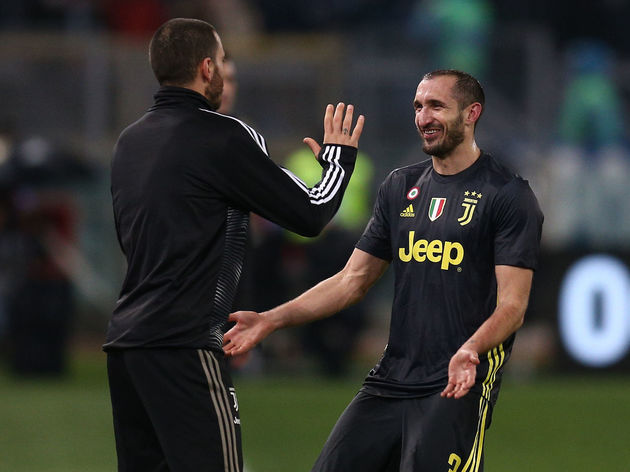 According to reports from ​Calcio Mercato, Paratici is planning an overhaul and remains convinced ‘​Juventus will sign two defenders in the summer, rebuilding their defensive department.’

Ajax defender Matthijs de Ligt – who is also being tracked by ​Barcelona – remains Juve’s primary target, although his valuation of €65m+ may prove a stumbling block to any potential deal. Former Fiorentina centre-back Stefan Savic, now with ​Atletico Madrid, is another name linked with a move to Turin after excelling under Diego Simeone.

Current Fiorentina defender Nikola Milenkovic completes the shortlist after the young Serbian has enjoyed a breakthrough season in ​Serie A, which has seen him linked with a host of Europe’s elite clubs including ​Manchester United. The Old Lady appear keen on making new recruits, as first choice centre backs Leonardo Bonucci (31) and Giorgio Chiellini (34), are entering the final stages of their glittering careers in Turin. Andrea Barzagli (37) is also reportedly set to retire at the end of the season after seven years with Juventus, strengthening the need for reinforcements.

Despite an ageing squad, Massimiliano Allegri’s side have enjoyed a terrific campaign as they sit top of Serie A and are yet to taste defeat in the league. They also have the best defensive record in the league having conceded just 15 goals in 22 games.

Michy Batshuayi Is the Real 'Super Sub' at Chelsea After His...

6 of the Worst Signings Made by Manchester United in Ed...