After a nice long holiday with her family, Kareena Kapoor and her son Taimur Ali Khan are back in the bay. Flashbulbs popped at the mother-son duo as they touched down in Mumbai on Saturday afternoon. After celebrating New Year’s in Switzerland and then holidaying in Paris, Kareena finally checked into Mumbai. The Veere Di Wedding actress looked chic in a brown leather jacket, which she paired with black track pants. Kareena had her hair tied in a bun and she was seen wearing her black sunglasses. Taimur was dressed in a red track suit and we must tell you that his expressions were way too cute to be missed.

After a splendid vacation, Kareena was spotted with Taimur at the Mumbai airport on Saturday. Check out the pictures here: 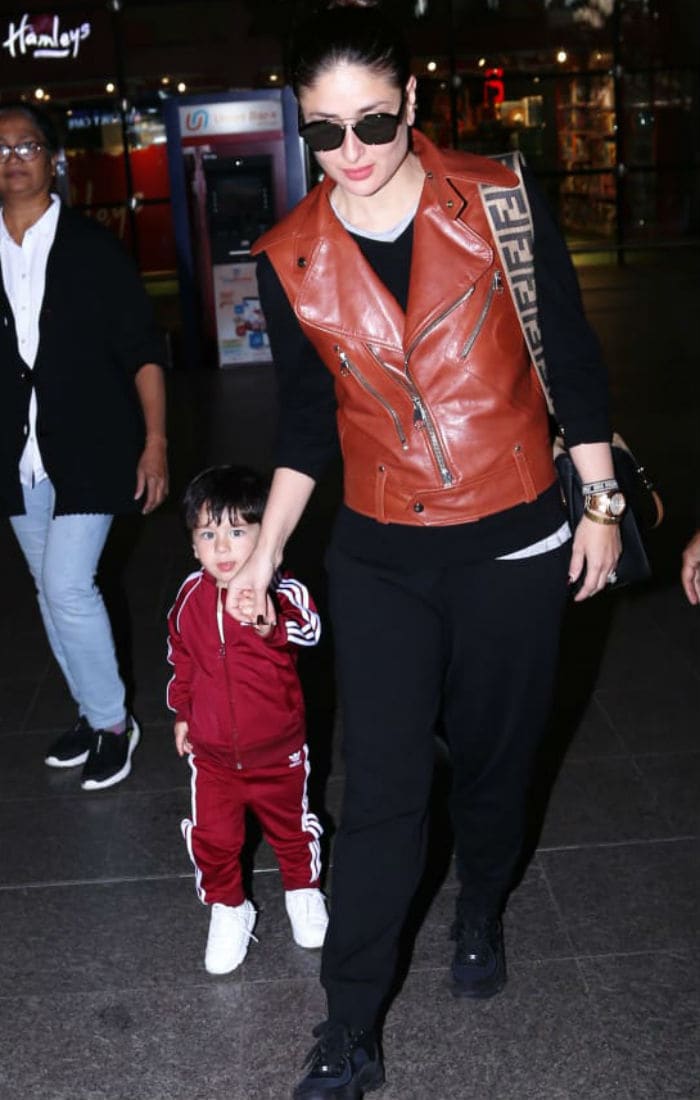 Kareena Kapoor with Taimur at the airport. 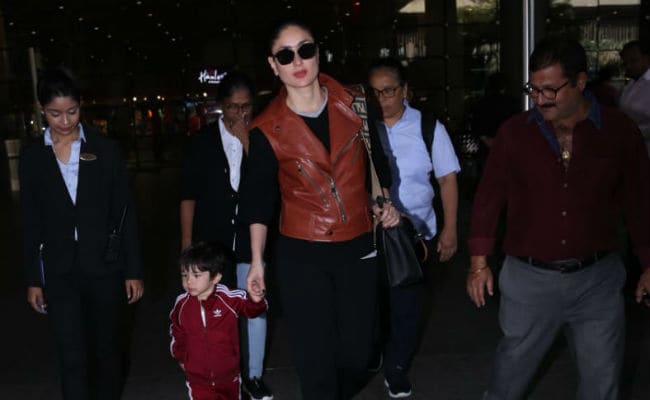 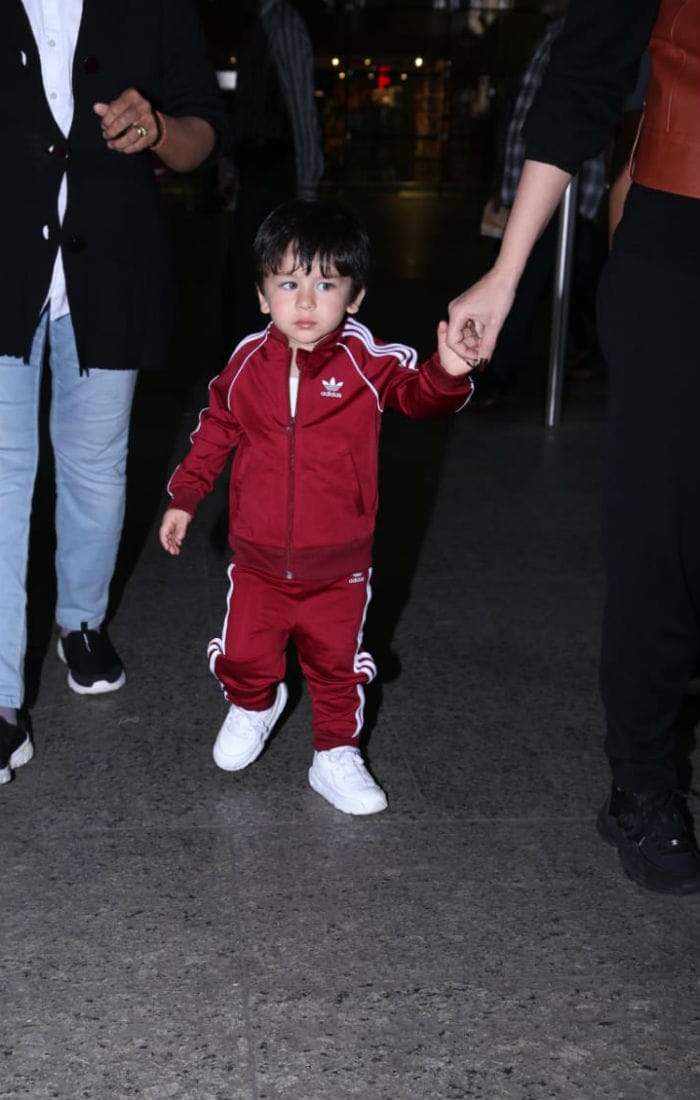 Taimur photographed at the airport. 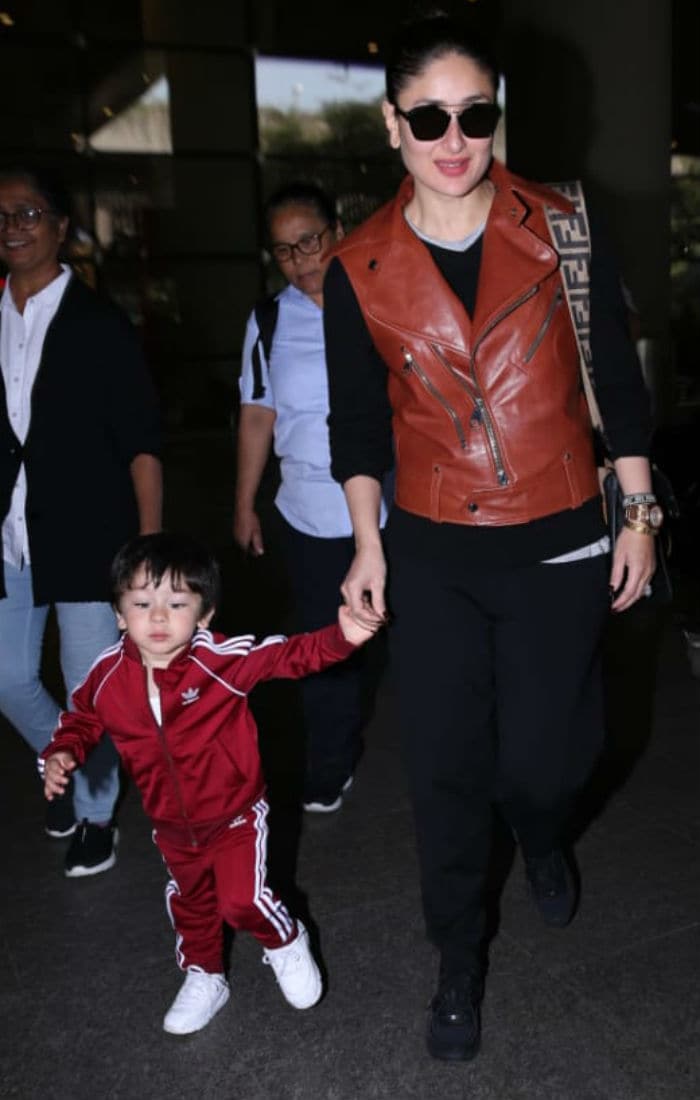 Kareena Kapoor might be a social media recluse, but thanks to the actress’ manager Poonam Damania, who kept Kareena’s fans engrossed by sharing pictures on her Instagram profile. Earlier this week, Poonam Damania shared a picture on her Instagram profile. In the oh-so-adorable photograph, Taimur could be seen curled up in Kareena’s arms. “Love in Paris,” read the caption on the post.

Kareena Kapoor took off for Switzerland a few days after Christmas. During their holiday in Switzerland, Kareena, Saif Ali Khan went party hopping and they took along baby Taimur. Pictures from the Pataudi’s New Year’s celebrations were shared by fan clubs on social media.

Take a look at the pictures first, you can thank us later:

While vacationing in Switzerland’s upscale resort town Gstaad, Kareena hung out with her socialite friend Natasha Poonawalla and her industrialist husband Adar Poonawalla. This is what we are talking about:

Kareena Kapoor’s last release was Veere Di Wedding, which also starred Sonam Kapoor, Swara Bhasker and Shikha Talsania. She will next be seen in Good News opposite Akshay Kumar and Karan Johar’s Takht.