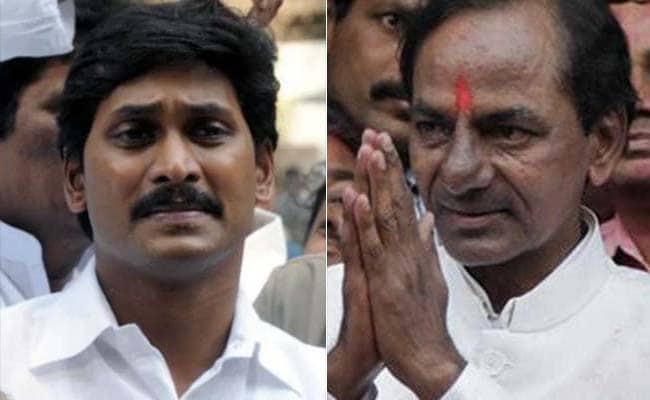 Telangana Chief Minister and TRS supremo K Chandrashekar Rao would make an appeal to the people of Andhra Pradesh to back YS Jagan Mohan Reddy-led YSRCP in the State and Lok Sabha elections due by May.

Spokesperson for the ruling TRS (Telangana Rashtra Samiti) Abid Rasool Khan said the party expects YSRCP to reciprocate the gesture by being part of a federal front proposed by Mr Rao.

“Basically, the whole idea is to have a front comprising secular parties and regional parties who will join together and after the elections would either play an important role or form the government depending upon the numbers”, he told PTI.

Describing Mr Reddy as a “key secular person and a friend of the poor”, Mr Khan said YSRCP is definitely “going to have good results in the elections.”

Noting that there was a sizeable population of “Telangana people” in Andhra Pradesh — like relatives, family members and business partners –, he said Telangana’s good work and Mr Rao’s appeal “will go a long way in getting votes” for YSRCP.

Mr Rao has proved himself that he is an able and a just leader who has not discriminated against Andhra people residing in Telangana, and “message of his good work” has spread by “word of mouth” in the neighbouring State.

“So, I personally feel the appeal which will be made by Rao and important leaders then will definitely have percentage of voters who are either interested in Telangana, or related to Telangana or look at Telangana as a model state to support Mr Reddy. That’s a very big advantage that Reddy will get”, he said.

“We look to him (Reddy) to reciprocate by being part of the front and supporting us in times of national requirements like any fund, development…he will also support and we will have healthy relationship like neighbours…”, Mr Khan said.

On whether Mr Rao would campaign in Assembly and Lok Sabha elections in Andhra Pradesh in support of YSRCP, Mr Khan said,

Mr Rao and his son and TRS Working President KT Rama Rao have already committed support to Mr Reddy, he said, adding, “we will definitely do not want to ”interfere” in Andhra Pradesh (affairs)”.

Andhra Pradesh’s ruling TDP, led by Chief Minister N Chandrababu Naidu, had entered into a pre-election alliance with the Congress in the December seven assembly elections in Telangana.

During campaigning, the TRS had attacked the TDP dubbing it an “Andhra party” interfering in Telangana and alleged that if the Congress-TDP government came to power in Telangana, Mr Naidu would call the shots.