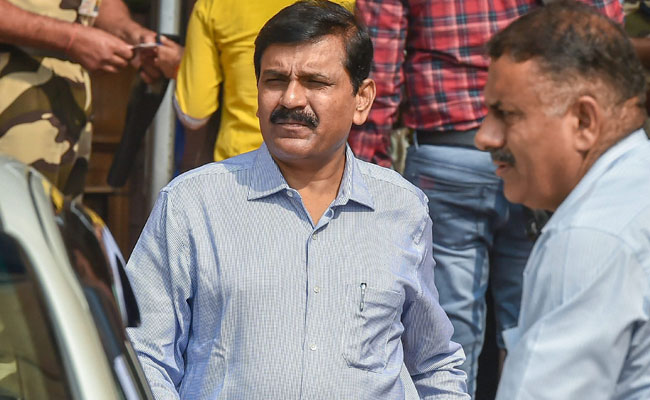 The searches were held at the properties of Angela Mercantiles Pvt Ltd, a non-banking finance company, as part of the Kolkata Police’s probe into an old complaint.

“There have been a series of transactions between the company and Mannem Sandhya (Nageswara Rao’s wife). We are looking into the matter,” a police officer told news agency PTI.

Nageswara Rao, in a statement on Friday evening, denied any link of the firm with his family. “In light of certain reports appearing in some media outlets, including some TV channels today linking my family members with a company on which Kolkata Police has carried out raids, I want to state that I had already clarified regarding this issue through a signed press statement on 30th October, 2018,” he said.

The timing of the raids may raise some eyebrows as Mr Rao was the interim CBI chief when the order to question the Kolkata Police Commissioner was given to the central probe agency.

On Sunday evening, CBI officials had landed at the Kolkata residence of Rajeev Kumar to question him on “missing evidence” in the Saradha and Rose Valley chit fund cases. However, the Kolkata Police prevented CBI officials from questioning Mr Kumar and briefly detained them instead.

The incident had sparked a huge controversy, with Bengal Chief Minister Mamata Banerjee alleging political vendetta and sitting on a three-day dharna against the central government.

Ms Banerjee’s sit-in protest ended after the Supreme Court said Mr Kumar cannot be arrested, but has to appear before the CBI in Shillong, make available all the evidence, and cooperate with investigations into the chit fund scams. Ms Banerjee had called the Supreme Court order a “victory of democracy”.