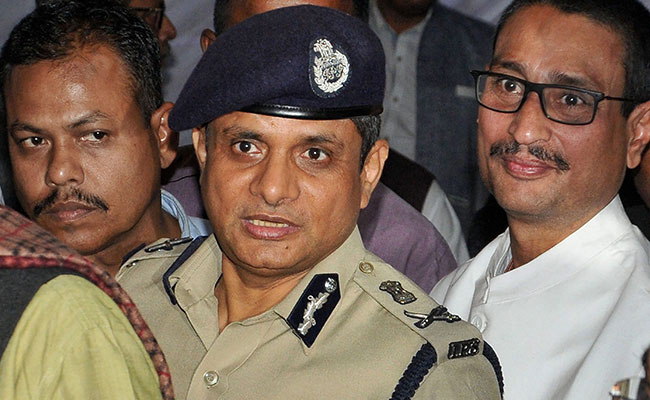 Kolkata Police Commissioner Rajeev Kumar will be questioned in Shillong by the CBI today over his alleged role in destroying evidence related to the Saradha chit fund scam. The Supreme Court had fixed the Meghalaya capital as the venue for his interrogation, saying that its “neutral” status will prevent unnecessary controversy.

Sources said Mr Kumar will be questioned by CBI officials at two locations — first at the CBI office here and later at an undisclosed location. Accompanied by three high-ranking officers of the Kolkata Police, he has been lodged at a top hotel in the city. A CBI team from Delhi has already reached Shillong to question him.

On Tuesday, the Supreme Court had directed the Kolkata Police Commissioner to appear before the CBI and “faithfully” cooperate with the probe into cases related to the Saradha chit fund scam. It had, however, stated in no certain terms that Mr Kumar was not to be arrested.

The CBI has alleged in the Supreme Court that Mr Kumar, who led the probe by a special investigation team into the Saradha chit fund scam, tampered with electronic evidence and handed over documents to the agency — some of which had been “doctored”.

A major controversy had broken out on Sunday, when a team of CBI officers went to Mr Kumar’s residence to question him but faced stiff resistance from the Kolkata police. Following this, Chief Minister Mamata Banerjee staged a three-day protest to “save the Constitution”.

Manager Was Right to Slam the Players for Disrespectful Display Against...

Rules of following a low-carb diet