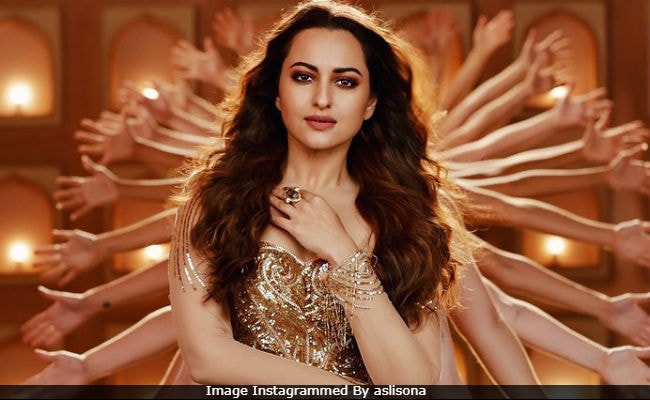 Veteran singer Lata Mangeshkar is not at all happy with the recent trend of remixing old iconic songs. “We are not asked if we approve or not. No one seeks our consent before using our songs. Is that right?” she told Deccan Chronicle, after her sister Usha Mangeshkar’s song Mungda was recreated for Total Dhamaal. Mungda 2.0 is picturised on Sonakshi Sinha while the original version featured Helen. “Our songs (the songs sung by the Mangeshkar sisters Lata, Asha and Usha) were created after a great deal of thought and they were done with sensitivity and care. To rip them off in this arbitrary manner is not correct,” the 89-year-old singer told Deccan Chronicle.

Mungda is the latest addition to the playlist of remixed songs. Off late, remixed versions of songs like Laila Main Laila, Raat Baaki, Keh Doon Tumhe, Sanu Ek Pal Chain, Dilbar Dilbar and Aankh Maare have been introduced. In addition to Mungda, Paisa Yeh Paisa from Karz has also been remixed for Total Dhamaal.

“I gave Usha Mangeshkar ji the song to sing. She sang several songs for me and was one of those competent singers who could breathe life into a tune,” he added.

Last year, Chalte Chalte, Lata Mangeshkar’s iconic song from 1972’s Pakeezah, was reprised for Jackky Bhagnani and Kritika Kamra’s Mitron. Of which, Lata Mangeshkar told news agency IANS, “And I don’t want to hear it. This trend of remixing old songs saddens me. Where is the creativity in simply lifting acknowledged, beloved classics and shuffling the notes around? I’ve even heard that the lyrics are changed in the remixes. By whose consent?”