Manchester United aim to extend their Premier League unbeaten run to eight games under Ole Gunnar Solskjaer, when they travel to Leicester on Sunday.

United lost their 100% winning record last time out – Paul Pogba and Victor Lindelof salvaging a 2-2 ​draw at home to Burnley – but remain just two points off the Champions League places.

Meanwhile, having already beaten the likes of Manchester City and Chelsea this term, Claude Puel’s Foxes picked up a credible ​point at league leaders ​Liverpool – leaving them 12th in the division.

Ahead of a critical period that sees ​United play three games in nine days, including a Champions League tie with Paris Saint-Germain, the outcome of this fixture against a typically stubborn outfit could prove pivotal come May.

Puel has a near fully fit squad to choose from, with midfielder Daniel Amartey the club’s only long term absentee having undergone ankle surgery.

The Ghanaian international has been out since early November and isn’t expected to return until March, whilst ​new signing Youri Tielemans could feature following his ​loan move from Monaco. 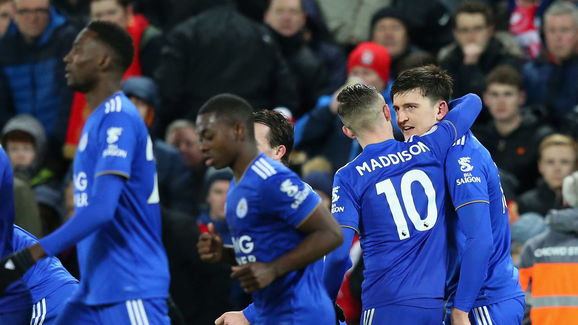 Solskjaer has been handed a double injury boost ahead of Sunday’s game, with duo ​Pogba and ​Anthony Martial expected to recover from injuries. The former looks to have overcome a ​knock picked up in midweek, whilst his French compatriot missed out completely after sustaining a minor injury in training.

Since the start of the Premier League era in 1992, the sides have met on 25 occasions, with United registering 16 wins in that time, compared to ​Leicester’s mere two. 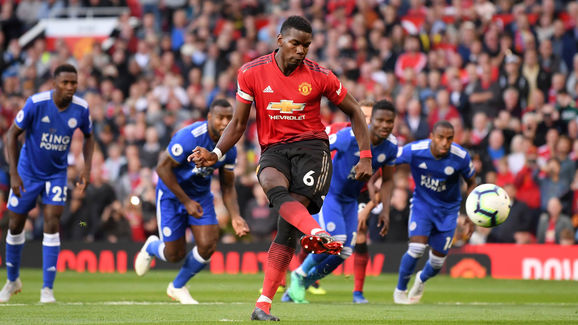 The Foxes last win came on their return to the top flight after a 10-year absence in a 5-3 win – Jamie Vardy wreaking havoc at the King Power – but have failed to claim maximum points in their last eight encounters. Earlier this season, Pogba’s early strike and a late ​Luke Shaw finish saw the Reds ​claim a 2-1 win on the opening day at Old Trafford.

Sitting a point outside the top 10, Puel’s men have endured mixed fortunes this campaign, as illustrated perfectly in their last two league games.

Proving considerably hard to beat against the top sides, they’ve avoided defeat against three of the top six. However, their shaky defensive displays against Southampton and notably in their 4-3 ​loss at Wolves will have concerned the Frenchman, who’s already faced criticism in his first season in charge.

Ole has been nominated for the #PL‘s Manager of the Month award! 

Meanwhile, the visitors come into this fixture looking to build on momentum that’s seen Solskjaer’s outfit collect 19 points from a possible 21. The transformations of Pogba and ​Marcus Rashford have been particularly impressive, having registered 12 goals between them since the Norwegian’s arrival.

With an easier run in than the majority of their rivals, United will fancy their chances of a snatching a Champions League spot as they continue to recover from early season struggles under former manager Jose Mourinho.

Here’s how each side has faired in their last five fixtures.

With their rivals slipping up in recent weeks, United will see this as a must win game if they’re to mount a serious top four challenge.

But Leicester are no pushovers and have countlessly demonstrated their solid nature as they seek a first win since August 2014 over the Red Devils. 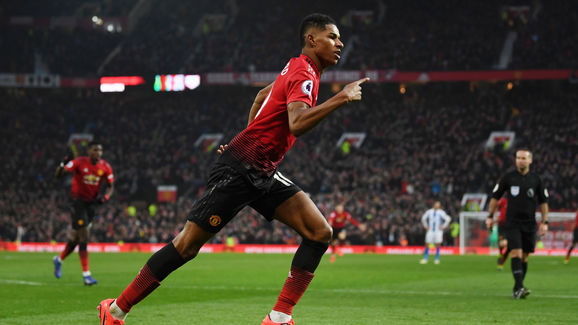 Both possess an abundance of quality, but the visitors should have enough to claim maximum points.