Lenovo has revamped its ThinkPad X1 laptop lineup with new design and subtle tweaks. The company is showcasing the refreshed variants of the ThinkPad X1 Carbon and ThinkPad X1 Yoga at the ongoing CES 2019 tech fair in Las Vegas. The fourth-generation ThinkPad X1 Yoga is the company’s first-ever ThinkPad with an all-aluminium chassis, whereas the seventh-generation ThinkPad X1 Carbon will come with an optional carbon fibre weave top cover. Both laptops will go on sale beginning June 2019. Additionally, the company has unveiled a pair of ultra-wide 43.4-inch monitors, which will be available starting April 2019.

According to Lenovo, the new ThinkPad X1 models are lighter and thinner than ever and sport new display options, including a 500 nit, 10-bit 4K Dolby Vision display and a low power 400 nit FHD screen. The company is also packing the laptops with new Dolby Atmos system with four speakers and four far-field mics. Additionally, the ThinkPad X1 line-up buyers will get latest eighth-generation Whisky Lake Intel Core processors. 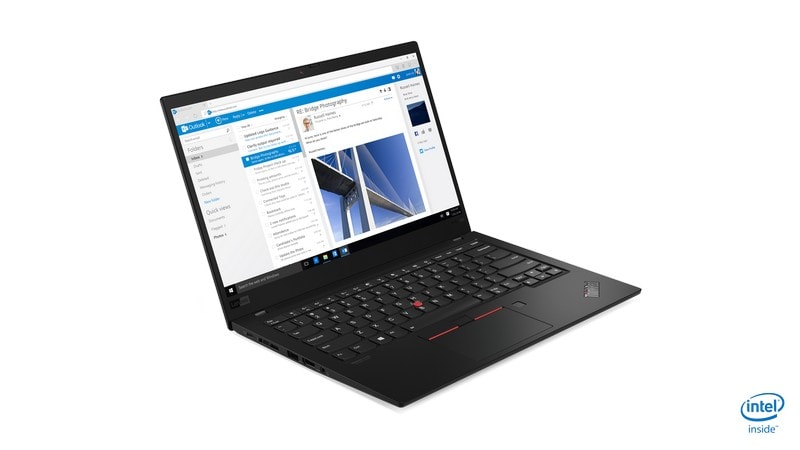 The biggest change that the consumers will notice with the new Lenovo ThinkPad X1 Yoga is the aluminium chassis. The company has swapped the carbon fibre for aluminium.

Commenting on the inclusion of an all-aluminium chassis to a ThinkPad X1 series laptop, Christian Teismann, senior vice president and general manager, Lenovo Commercial Business Segment said, “for years, our customers have been asking for an all-aluminium ThinkPad and we’ve been studying metal materials to determine the right timing and the right process to deliver the quality that ThinkPad customers expect.”

In addition to the revamped notebooks, Lenovo is launching two new ultra-wide monitors in the form of ThinkVision P44W and Legion Y44w. The former is aimed at the business users, where the latter will target the gaming crowd, however there doesn’t seem to be any difference between two monitors except the supplied stand. 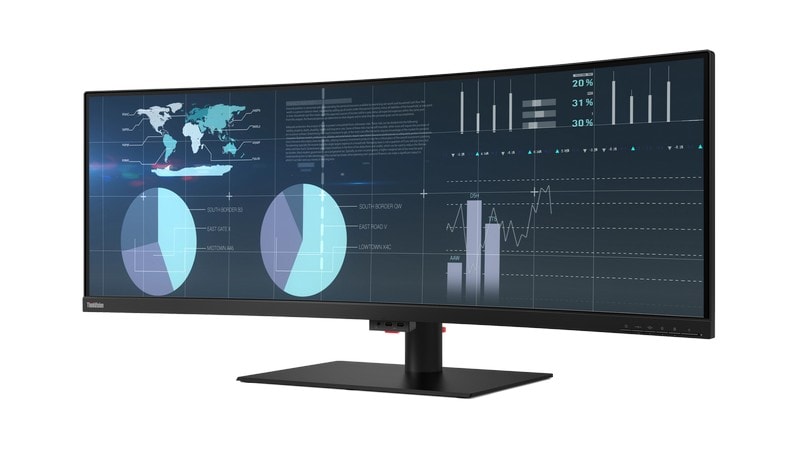 Lenovo notes that the 43.4-inch display panel on the monitors has a 32:10 aspect ratio and DWUXGA (3840×1200 pixels) resolution. The monitors also support AMD’s FreeSync 2 technology, which will allow the Lenovo displays to vary the refresh rate to match the render rate of the GPU.

Additionally, the Chinese company has packed two HDMI 2.0 ports, one DisplayPort, two USB-C ports, and four USB ports. Lenovo states that the consumers will be able to display two separate video inputs side by side on these monitors. The Lenovo ThinkVision P44W carries a price tag of $1,299.99 (roughly Rs. 91,100), whereas the Legion Y44w will retail at $1,199.99 (approx. Rs. 84,100).