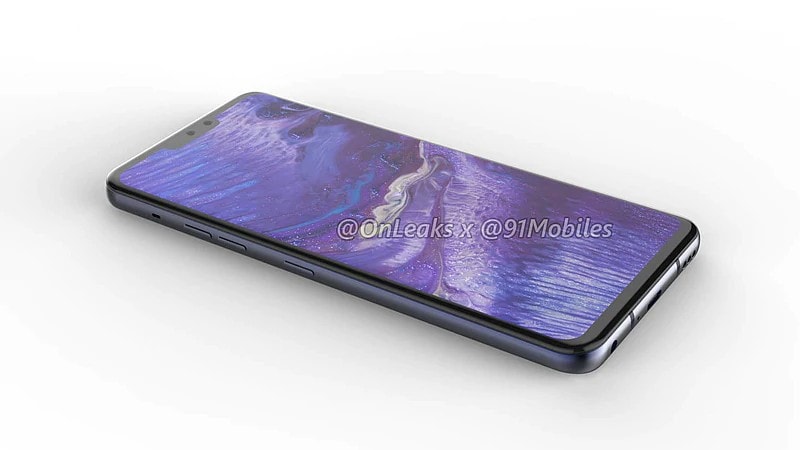 The price of flagship smartphones continues to go up steadily with every new generation, but LG has tried to buck the trend, whereas the likes of Samsung, Apple, and Google continue with the hike. It appears that the LG is finally ready to play catch up with rival smartphone makers with the upcoming LG G8 ThinQ, which is set to be announced later this month. As per a fresh leak, the 128GB storage variant of the LG G8 ThinQ may be priced around the $900 mark.

According to a Reddit post that was spotted by SlashGear, the LG G8 ThinQ will allegedly be priced at CAD 1,199.99 for the 128GB variant. The Canadian pricing for the upcoming LG flagship’s 128GB variant translates to $903 (around Rs. 64,300). The Redditor, who is likely to be an employee of a retail chain in China, claims to have spotted the pricing of the LG G8 ThinQ in the internal database of this employer. The LG G8 ThinQ’s alleged pricing amounts to a hefty $100 premium on the price of its predecessor, the LG G7 ThinQ. The latest leak marks the first time that the pricing of the upcoming LG smartphone has surfaced online.

Back in January, alleged renders of the LG G8 ThinQ made their way online and revealed that the upcoming smartphone will pack a dual rear camera setup and will also sport a notch. The renders also pointed towards the presence of a USB Type-C port as well as a dedicated Google Assistant button. Another leak, which surfaced earlier this month, revealed that the LG G8 ThinQ might come equipped with a 3,400mAh battery. LG, on the other hand, has confirmed that the LG G8 ThinQ will feature a 3D ToF selfie camera for more accurate facial recognition, enhancing the quality of bokeh effects as well as AR applications.

Online reports suggest that the LG G8 ThinQ will sport a 6.1-inch display with a 19.5:9 aspect ratio and will be powered by the Qualcomm Snapdragon 855 SoC. The phone is expected to be launched alongside the LG V50 ThinQ 5G on February 24, 2019 at the company’s official event in Barcelona.