LG G8 ThinQ is set to debut at Mobile World Congress (MWC) 2019 in Barcelona with a 3D front camera, the South Korean company revealed formally on Thursday. The company has tied up with German chip maker Infineon to offer a Time-of-Flight (ToF) technology on the front camera setup. The new technology will enable 3D facial recognition and enhance the bokeh effect on selfie shots as well as open the avenue for various augmented reality (AR) applications. LG claims that the G8 ThinQ will come with a “unique and secure verification system without sacrificing camera capabilities” — likely to go head-to-head with the latest iPhone X models and the upcoming Samsung Galaxy S10 family.

Instead of having a traditional image sensor, LG announced in a press release that the G8 ThinQ will sport an Infineon Real 3 sensor chip to enable 3D selfie camera experience. The ToF image sensor chip along with algorithms developed by PMD Technologies to process 3D point clouds is touted to deliver a “new level of front camera capability”.

The ToF sensor chip projects infrared light on the subject to recognise it in a 3D form. The sensor also doesn’t rely on environmental lighting, thus offers an enhanced image recognition rate, both in case of indoors and outdoors. 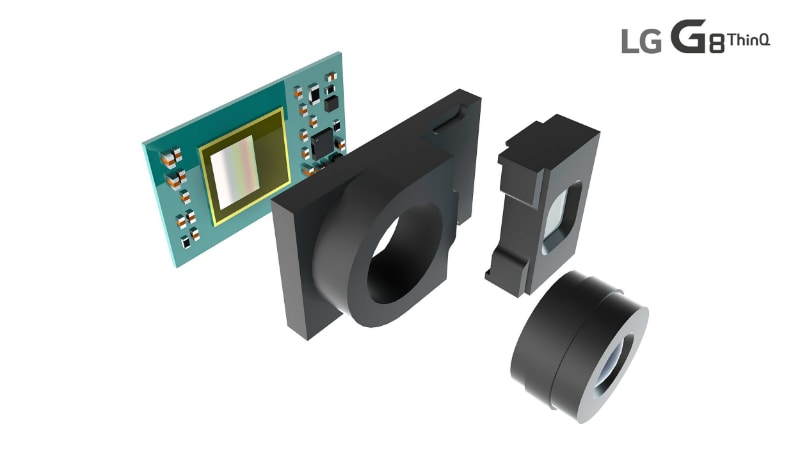 “Keeping in mind LG’s goal to provide real value to its mobile customers, our newest flagship was designed with ToF technology from inception to give users a unique and secure verification system without sacrificing camera capabilities,” said Chang Ma, Senior Vice President and Head of Product Strategy at LG, in a statement. “The LG G8 ThinQ featuring ToF will be the optimal choice for users in search of a premium smartphone that offers unmatched camera capabilities.”

LG isn’t the first smartphone maker to bring a ToF sensor on its new flagship. Huawei brand Honor brought the View 20 with a rear-facing ToF sensor. The Vivo Nex Dual Display Edition comes with a ToF sensor that can be used for both self-portrait shots and regular images. Moreover, Asus tied up with Infineon and brought the same Real 3 ToF chip on the ZenFone AR at CES 2017.

If we go by the rumours, the LG G8 ThinQ will come with a 3,400mAh battery, which will be the bigger in capacity over the 3,000mAh battery featured on the LG G7+ ThinQ last year and the 3,300mAh battery available on the G6 back in 2017. The new flagship model is also rumoured to have a triple rear camera setup and come with a Snapdragon 855 SoC.