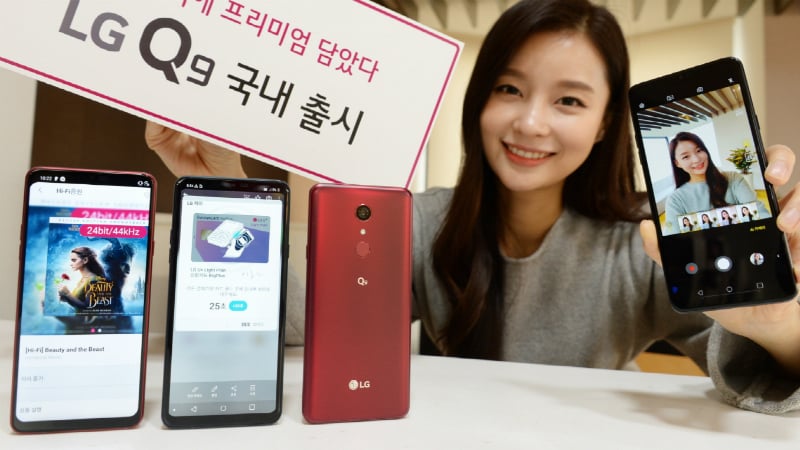 LG Q9 has been unveiled in South Korea as a new model for young users. The new smartphone is essentially the South Korean variant of the LG G7 Fit that was unveiled at IFA 2018 last August. Key specifications of the LG Q9 include a 19.5:9 display panel, Qualcomm Snapdragon 821 SoC, 16-megapixel rear camera, 8-megapixel front camera, and a 3,000mAh battery. The smartphone also comes with LG’s proprietary Quad DAC technology and Boombox speaker. The Q9 also has FM radio support to utilise the onboard audio technologies to entertain users while on-the-go. Furthermore, there is an IP68-certified build that is based on MIL-STD 810G military standard.

LG has provided a Boombox speaker on the Q9 along with 32-bit Hi-Fi Quad DAC and DTS:X Stereo technologies. The smartphone also has HDR 10 support as well as a dedicated Google Assistant key.

The LG Q9 has 64GB of onboard storage that is expandable via microSD card (up to 2TB). Connectivity options include Wi-Fi 802.11ac, Bluetooth v5.0, GPS/ A-GPS, Micro-USB, and a 3.5mm headphone jack. There is also NFC support that works with a built-in feature to enable payments via POS (Point-of-Sale) machines. The smartphone also has a fingerprint sensor at the back. Besides, it packs a 3,000mAh battery and measures 153.2×71.9×7.9mm.

As we mentioned, the LG Q9 comes as a South Korean version of the G7 Fit that was launched at IFA 2018.