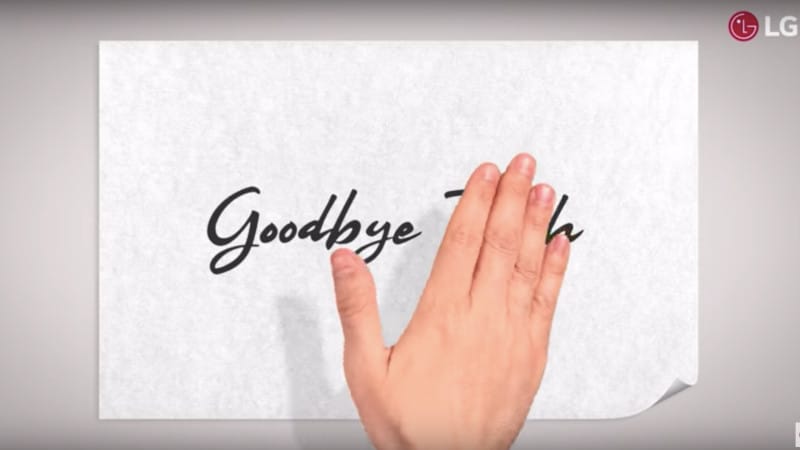 LG on Wednesday sent out the invites for its Mobile World Congress (MWC) event, scheduled for February 24 in Barcelona, in the form of a video. The invite itself doesn’t explicitly state anything apart from the event date, but if the invite tagline and the actual video is any indication, we are going to see some kind of gesture control implementation from the South Korean company in its upcoming smartphones. As per rumours, the company is likely to introduce its next flagship – the LG G8 – at MWC.

Shared by LG on YouTube on Tuesday, the invite for the company’s February 24 event, titled LG Premiere, shows a hand summoning and dismissing text with a simple wave. There are no other details available at this point, except that the first bit of the text that is summoned says – Goodbye Touch. Both the text and the actions performed in the invite video seem to hint that the company is going to demonstrate some sort of gesture control technology for its smartphones at the event. The technology will apparently allow the consumers to perform tasks on their LG phone without touching the screen. It is unclear whether LG’s next flagship – expected to be called the LG G8 – will be sole phone to get the technology or the company will add the same to other devices in its lineup as well.

As per previous leaks and rumours, LG’s upcoming flagship is expected to feature a triple-camera setup with ability to shoot in 3D. The phone will also reportedly sport a waterdrop-style display notch with a 6.1-inch screen and pack Qualcomm’s top-of-the-line Snapdragon 855 SoC. The phone is said to be codenamed ‘Alpha’ and will also include a 3.5mm audio jack, USB Type-C port and a dedicated Google Assistant button. An earlier report had tipped the same February 24 launch date for the LG G8.