Teacher Kristin Kasinskas was at her home, in Gordon, Wisconsin, on Thursday afternoon when a neighbor started frantically knocking on her door.

The neighbor had been walking her dog in the area, a subdivision known as Eau Claire Acres, when a teenager girl came up to her in the cold and asked for help. The girl was Jayme Closs, who had been missing since October, when her parents were found dead, having been shot and killed in their home in Barron, Wisconsin, about an hour away.

The moment marked the end of the 13-year-old’s escape after being held captive for months.

“Jayme is safe!” Barron County Sheriff Chris Fitzgerald said on Friday. “It’s amazing, the will of that 13-year-old girl to survive and escape.”

Jake Thomas Patterson, 21, of Gordon, Wisconsin, was arrested soon thereafter, and charged with two counts of first-degree intentional homicide in the killings of Jayme’s parents and one count of kidnapping. Jayme, officials said, had escaped from a home while Patterson was out.

They found Patterson in his car, “driving around,” apparently out looking for her, Fitzgerald said.

Officials said Patterson had planned his actions and prepared for kidnapping the teen. They said there is nothing to indicate that he knew or had contact with the family before the incident, and said they do not know how he came to fixate on Jayme.

Fitzgerald said investigators believe Patterson killed Jayme’s parents and then abducted her. They said they were in the process of confirming that a shotgun recovered in their investigation was the one used the night of the crime.

The Closs’ door had been shot open; Patterson had shaved his head so as not to leave hair behind, Fitzgerald said.

Patterson had worked for less than two days at a turkey processing plant where Closs’ parents worked, but the sheriff said he did not have any contact with them.

Fitzgerald said officials did not yet know how she escaped, saying only that she had been released from the hospital, had seen her aunt, and was in the process of being reunited with other family members.

“Jayme is the hero in this case, there’s no question about it,” he said. “She’s the one that helped us break the case.”

He did not give further details.

It had been nearly three months since she went missing from her home in Barron, where her parents were found dead. Jayme had been at home when the killing took place, Fitzgerald said.

Kristin and her husband Peter Kasinskas described to the Minneapolis Star Tribune the experience of seeing Jayme on their doorstep. The killing of Jayme’s family and her own disappearance had been a major subject of news and attention in the area.

“I honestly still think I’m dreaming right now,” Peter Kasinskas told the Star Tribune. “It was like I was seeing a ghost.”

Jayme was invited inside and offered food and water, which she declined, the newspaper reported. Kristin Kasinskas told CNN that Jayme told them that she had been held captive not far away.

“She said to us that, ‘This person killed my parents and took me,'” Kasinskas later told CNN. “She said that this person usually hides her or hides her when others are near, or when he has to leave the household.” 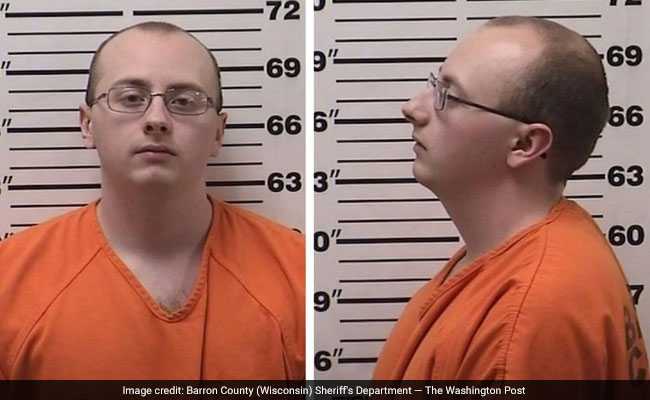 “You’re not sure if she’s going to be found,” he told NBC affiliate KARE, “and when you actually hear it, it’s just unbelievable. We’re all just so grateful and happy. We thought it was going to be a different ending.”

Jayme’s aunt, Jen Smith, said Friday on ABC’s “Good Morning America” that when she heard that her niece had been found alive, “I just cried lots of happy tears. I just wanted to scream very loudly.”

“I’m going to give her the biggest hug and tell her that I’m here for her and that I love her very much,” she said on the morning show.

Local, state and federal investigators searched for the teen for months.

The incident unfolded around 1 a.m. on Oct. 15, when police received a 911 call from Closs’ home.

They found her parents, 56-year-old James Closs and 46-year-old Denise Closs, dead from gunshot wounds when they arrived. They did not find Jayme or a suspect or gun, they said at the time.

An Amber Alert for her was issued that afternoon.

The girl’s name rose to the top of the FBI’s missing persons list, and authorities offered a $50,000 reward for information leading to her recovery.

Some 2,000 volunteers took part in searching rural Barron for the girl.

The National Center for Missing and Exploited Children said it was “overjoyed” that Closs was found alive.

“Jayme is an example of why we never lose hope and never stop searching,” the organization said on Facebook.