Liverpool’s beleaguered defence has been handed a boost for their trip to Brighton on Saturday with the news that Virgil van Dijk will be fit to start at the Amex Stadium.

Van Dijk was rested for Liverpool’s FA Cup defeat at Wolves on Monday, with Jurgen Klopp confirming afterwards that the Dutchman had been left out because of a knock.

However, James Pearce of the ​Liverpool Echo has confirmed that Van Dijk has been training normally and should be fine for this weekend’s match, barring any complications. He also went on to confirm on Friday morning that defender Joel Matip has returned to training, in another timely boost for the Premier League leaders.

Klopp “Matip trained yesterday for the first time with the team but we will have to see. Hendo will train today.”

​Dejan Lovren is expected to miss Liverpool’s next two matches as he joins Joe Gomez on the treatment table following a hamstring injury suffered in the first ten minutes against Wolves.

Midfielder ​Fabinho is likely to deputise again at centre back alongside Van Dijk, despite Matip’s return to training, and 16-year-old Ki-Jana Hoever may be on the bench again after making his debut at Molineux.

​The Telegraph reports that Liverpool were also concerned about the fitness of captain ​Jordan Henderson, who has a calf issue and will undergo fitness tests to determine whether he can feature against Brighton. Klopp also confirmed that he will train on Friday, but his status for the game is as yet unclear.

If Fabinho plays in defence and Henderson is injured, Liverpool will find themselves stretched in midfield. Georginio Wijnaldum, James Milner and Naby Keita will be the only senior midfielders available. Adam Lallana is also still out of action. 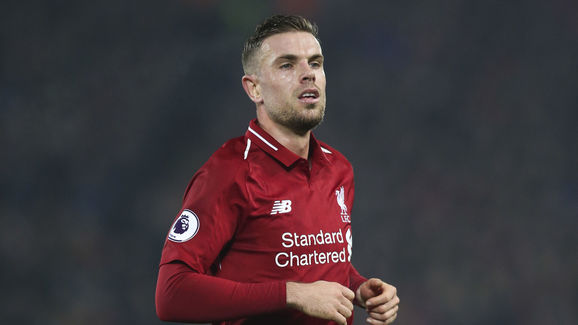 Despite Liverpool’s injury worries, Klopp has no intentions of delving into the transfer market for reinforcements. Their only business so far this month has been selling Dominic Solanke and loaning out Nathaniel Clyne, both to Bournemouth.

Liverpool have a four point lead at the top of the table despite losing to Manchester City in their last league outing.

7 Transfer Window Mysteries That Will Never Be Solved

Keeping it classic: Play it right with stripes