Champions League winners Liverpool suffered another injury in pre-season, with youth keeper Vitezslav Jaros sustaining an elbow ligament strain that will keep him out of action for a number of weeks.​

The 17-year-old made his first-team debut as a second-half substitute earlier in pre-season against Tranmere Rovers but picked up the injury in training at Melwood. 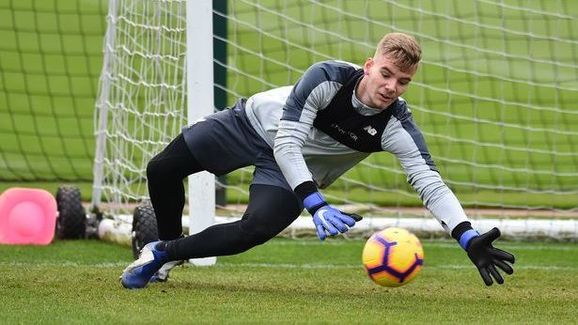 The Czech stopper was brought in to be Simon Mignolet’s back-up after Irish keeper Caoimhin Kelleher suffered a broken wrist while on holiday.

Jaros, a member of the FA Youth Cup-winning side last season, is now set to miss the whole of pre-season after being assessed by the ​Liverpool club doctors who deemed it not possible for the shot-stopper to return for the USA tour and the subsequent fixtures against ​Napoli and Lyon.

With first-choice keeper Alisson Becker still on holiday after triumphing in the Copa America with Brazil, and Kamil Grabara also out after the Under-21 European Championship campaign with Poland, the ​Premier League club have very few options for a replacement for Jaros. ​Liverpool Under-23 keeper Daniel Atherton is the most likely to replace Jaros for pre-season who, like Jaros, made an appearance in the friendly against Tranmere where he came on as an outfield player for striker Paul Glatzel who suffered an injury.

The Reds’ injury list is becoming alarmingly larger during pre-season with first-team players like Andy Robertson suffering a hand injury. After being relatively injury-free during last season, it looks like the luck in Merseyside is about to take a turn for the worse.