​Liverpool manager Jurgen Klopp is planning to avoid signing a new defender during the transfer window, amid injury concerns, and will instead use midfielder Fabinho as a makeshift centre-back.

Dejan Lovren’s injury during Monday’s FA Cup defeat to Wolverhampton Wanderers means that he joined Joel Matip and Joe Gomez on the treatment table, leaving Liverpool with just one fit central defender in Virgil van Dijk. Klopp opted to field Fabinho in the position against Wolves, and his impressive performance could lead to an extended run as the team’s central defender.

News of Klopp’s plans for Fabinho comes from the Evening Standard, who insist that the Brazilian midfielder is now considered as a genuine option at centre-back. 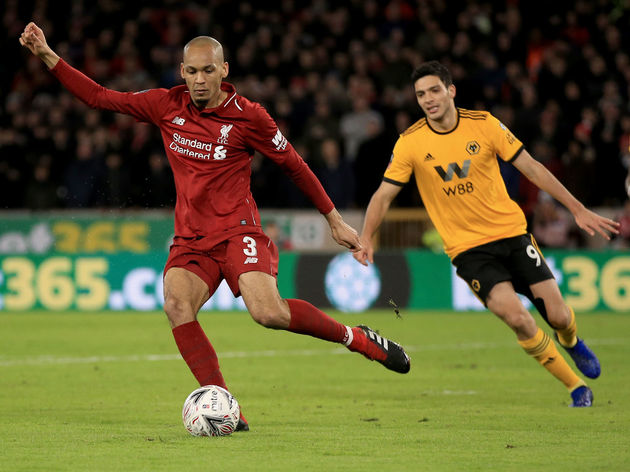 With a fully fit side, ​Liverpool have four senior central defenders, and Klopp insisted that he sees no need for the club to bring in a new, temporary defender.

Asked whether he planned to use the marked to add to his options this month, he told ​talkSPORT: “The only country that asks a question like this is England. Everything is sorted with buying players.

“We have four centre-halves. Three, maybe, two-and-a-half are injured so we’ll have to try and come through in the moment.

“We need them back but you cannot buy a fifth centre-half and say ‘so you play two weeks and after that the others come in.’”

After consecutive defeats against ​Wolves and title challengers ​Manchester City, Liverpool will be desperate to get back to winning ways when they travel to ​Brighton and Hove Albion on Saturday, and it seems as though Fabinho will be required to fill in in defence. Matip and Gomez are both expected to return to training in the coming weeks, meaning Fabinho may not be required to deputise in the role for very long.

However, his impressive defensive positioning, coupled with his physicality, make him an ideal candidate for a central defender, and a string of impressive performances could lead to a permanent position switch.