​Liverpool are still in the hunt for RB Leipzig striker Timo Werner, though they will face considerable competition from Borussia Dortmund, as well as Bayern Munich and Tottenham.

Werner has been coveted by the European elite ever since he joined Leipzig from VFB Stuttgart in 2015. And the forward has been typically impactful this season, providing 11 goals and two assists in 17 Bundesliga appearances.

The Reds have been one these interested parties for a while, but the links have grown in recent times, with the future of strikers Divock Origi and Daniel Sturridge uncertain. 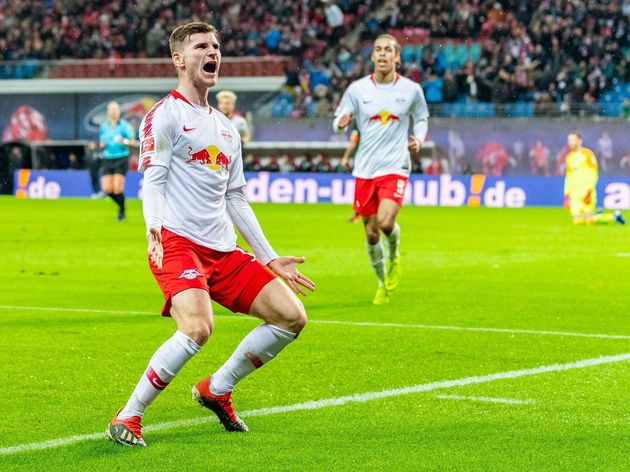 And, as reported by ​Sport Bild, Jurgen Klopp’s side are still coveting the 22-year-old marksman, but are by no means alone. Bayern’s interest has been well documented, but Dortmund have entered the fray to great effect in recent times, following the agreed sale of Christian Pulisic to Chelsea for €64m.

Alongside them, the German champions and Spurs are waiting in the wings. Werner is currently under contract with Die Bullen until June 2020. He has already collected 23 caps for the German national team, scoring nine times.

Though ​BVB are set to sign Barcelona loanee Paco Alcacer permanently this summer, they are still looking to recruit attacking talent ahead of Pulisic’s departure in June, and Lucien Favre sees Werner as an ideal player for his style of football.

So far, ​Liverpool have been coy about their January business, insisting they are not looking to make any big additions. However, the £19m departure of Dominic Solanke, and the aforementioned uncertainty around Origi and Sturridge may push Klopp and co. to act sooner than they thought.

They have also been speculatively linked with a sensational move for Real Madrid loanee James Rodriguez, who is out of favour in his two-year spell at Bayern.