Two mistakes from Karius ensured Real Madrid walked away with a 13th triumph in Europe’s elite club competition, and Alisson was subsequently brought in as the German stopper’s replacement.

Alisson has now revealed he felt for Karius, adding he never feels good when his team profit off a mistake from an opposition goalkeeper. He told ​FourFourTwo: ​“Even when my team scores after a big mistake from the opposition keeper, it’s a different feeling for me. I don’t celebrate it like any other goal.

“I know what goes through the mind of a goalkeeper in those kind of moments. I was so sad to see what happened to Karius – it could have happened to anyone.”

During the final, Karius throw the ball onto Karim Benzema’s foot for the game’s opener before fumbling Gareth Bale’s speculative effort over the line, condemning the Reds to a 3-1 defeat.

The former Mainz man has since left Anfield on loan, joining Turkish side Besiktas, while Alisson has impressed during his first season in English football, conceding just ten goals in 21 Premier League games.

Alisson has ​also revealed why he joined Liverpool instead of Chelsea, saying: “I chose Liverpool for the same reasons I went to Roma when I first left Brazil – I thought this would be the best move for my career.

“​Chelsea were changing their manager and not playing in the Champions League. 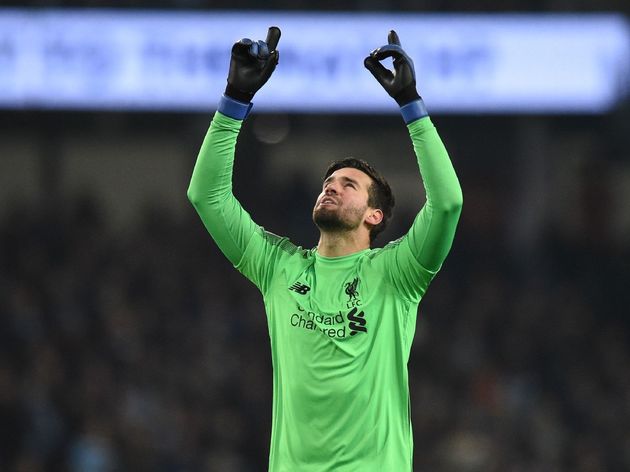 “I’ve also always admired Liverpool’s history. This is a club with five European Cups in their trophy cabinet. I really wanted to be part of that history.

“I came very close to winning the competition with Roma and I’m working hard to make it happen now with Liverpool. What’s life if not fighting for your dreams? I dream of winning the Champions League.”