Wolves managed to snatch a point from Crystal Palace at Selhurst Park in the dying moments of the game on Saturday, extending their good run of form of late while playing away in London.

The Wanderers were on the cusp of succumbing to a defeat to Roy Hodgson’s side after Wolves were seemingly unable to reply to Leander Dendoncker’s own goal, while things were made worse for Wolves as defender Romain Saiss was sent off for two bookings.

However, Portuguese striker Diogo Jota came to the rescue to poke home from four yards after great work from Adama Traore in the 95th minute to give Wolves a much-needed point. 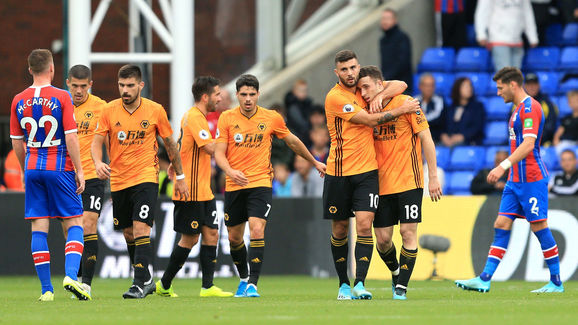 Despite their poor start to the season, Nuno Espirito Santo’s side will be able to take solace from the impressive fact that ​Wolves remain unbeaten in their seven ​Premier League games in London since their promotion back to the top flight in 2018 – winning three and drawing four of those games.

Adama Traore’s last-minute winner against ​West Ham in a 1-0 win at the London Stadium last September is where their run started, which was soon followed on by another 1-0 win a month later – this time at Selhurst Park thanks to a Matt Doherty goal.

Two 1-1 draws were soon played out against ​Arsenal and ​Fulham in November and December respectively. Three days on from the draw at Craven Cottage, Nuno’s side scored three times in 15 minutes to dispatch a sorry ​Spurs side in a brilliant 3-1 win at Wembley. 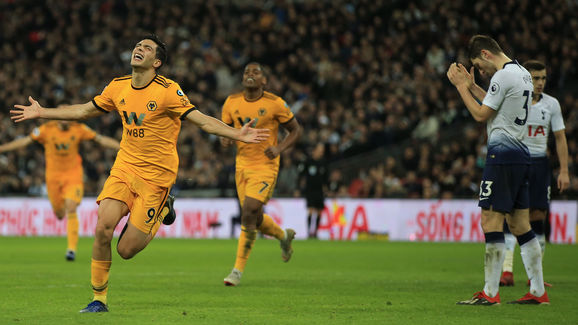 A last-minute Eden Hazard equaliser for ​Chelsea cancelled out Raul Jimenez’s opener and cost Wolves a famous victory at Stamford Bridge earlier this year. That leads us onto the draw against ​Crystal Palace on Sunday making that seven unbeaten in London.

With Wolves only amassing four points out of six games, manager Nuno Espirito Santo would have been hoping a fixture in London is on the horizon but they will have to wait till November where they will have to visit the Emirates Stadium and face Unai Emery’s Arsenal.

Serie A Confirms Return Date of 20 June, Coppa Italia to Kick Things Off...

Matt OConnor-Simpson - May 28, 2020 0
It has been confirmed that Serie A will restart on 20 June, with the Coppa Italia semi finals being contested a week prior. Italian...

Grey Whitebloom - May 28, 2020 0
Chelsea have attracted their fair share of talent both before and (mainly) after a certain Russian billionaire arrived in west London. The Blues are...

10 Young Players Man City Could Be Set to Sign as Part of New...

Tom Gott - May 28, 2020 0
Manchester City have been snapping up young talent from all over the globe recently, and they show no signs of slowing down just yet....

7 Things We Learned From a Captivating Second Week of...