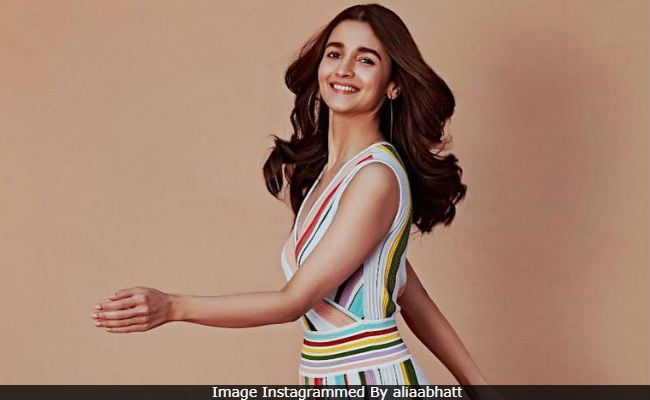 Karan Johar has added a yet amazing video to his ‘toodles’ series, which he famously shared while co-judging India’s Got Talent with Malaika Arora and Kirron Kher. On Wednesday, Karan shot a video with team Gully Boy – Alia Bhatt, Ranveer Singh and Zoya Akhtar. He first spoke to Zoya, who has directed Gully Boy and says, “Loving this rap kind of zone and loving this rap stream which you have created. India is going crazy – Apna Time Aayega” (alluding to the hit song from the film). For Alia Bhatt, he first introduces her character in the poster of Gully Boy and later says, “I love your cassata look today. Lovely!” Alia replies to Karan and tells him, “I just have to say one thing – toodles.” When Karan tells Alia that ‘toodles’ is his word and she “stole” it, Zoya replies, “That’s my word, you stole it.” Now, coming to Ranveer Singh. “Just want to tell you that cassatas are layered, they are colourful and they give people a lot of joy,” Ranveer tells Karan, who replies and says, “You’re a bonafide cassata.”

Gully Boy is Alia and Ranveer’s first film together. The plot of Gully Boy is inspired by the lives and work of rappers Divine and Naezy, who have also contributed in the film’s music. Ranveer plays the role of a budding rapper from the slums of Mumbai, who eventually becomes successful. Alia Bhatt stars in the role of an aspiring medical student. Gully Boy will be premiered at the 69th Berlin International Film Festival this month.