The rare trifecta of a total lunar eclipse, super blood moon, and a “Wolf Moon” is here. Tonight, millions of people across Americas, parts of western Europe, and Africa will be witness to a super blood wolf moon. It is particularly important because it is going to be the last total lunar eclipse until May 2021. So, get ready to feast your eyes on this epic astronomical event. Sadly, for India, some parts of Asia, and Australia, there isn’t going to be anything special in the skies as they are going to be facing the Sun at the time of the lunar eclipse. Rest of the world will get to see some of the eclipse at moon rise or moon set depending on the time in their region. Read on to find everything you need to know about this super blood wolf moon and why is it called that.

Will lunar eclipse be visible in India? What about other countries?

As you can see in the map below, all of North and South America as well as UK, Ireland, Greenland, Portugal, some parts of Spain, France, and Norway, and Iceland will get to full lunar eclipse. People living in Hawaii, almost all of Africa, part of Europe and Asia will catch some of lunar eclipse but not the full event. Lastly, there will be no partial or complete lunar eclipse visible in India, China, Australia, New Zealand, South-East Asian countries, Koreas, Pakistan and parts of Japan, Kyrgyzstan, Mongolia, and parts of Afghanistan and Tajikistan. 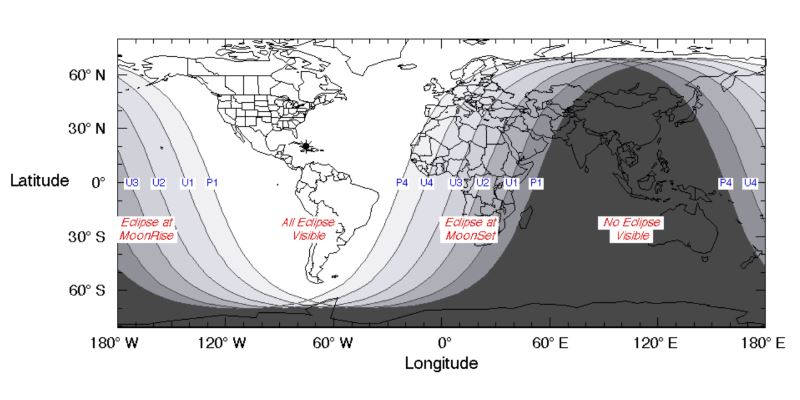 What is a full lunar eclipse and why is it called super blood wolf moon?

A total lunar eclipse is an astronomical event that happens when the Sun, Earth, and Moon are perfectly lined up and the Earth blocks all of Sun’s light from reaching the Moon. Also, a lunar eclipse only takes place when there is a full Moon.

The Super Moon part of the name comes from the size and brightness of the Moon. During a Super Moon, the Moon is brighter and larger than normal because of its distance from Earth. During its rotation cycle, there are days when Moon is closer than usual to our planet and there are days when it is farther.

The Blood part comes from the colour of the Moon during a total lunar eclipse. Basically, when the sunlight passes through Earth’s atmosphere, the shorter blue wavelengths of sunlight are scattered outside the Earth’s shadow and the longer red wavelengths are refracted towards the Moon, making it look bloody or reddish. Thus, the name Super Blood Moon.

But, since this particular total lunar eclipse is falling in the winter, it gets the “wolf” part of the name. Wolf Moon is a nickname given to the winter Moon by the Native American tribes after the wolves who howl as they hunt during the winter.

How can I watch the Super Blood Wolf Moon and is it safe?

Unlike a solar eclipse (unless you are Donald Trump), the lunar eclipses were perfectly safe to watch without any special glasses. You can head over to a place where you can clearly see the Moon during a total lunar eclipse, and you are good to go. Access to a telescope will certainly make things better.

Facebook Expands Availability of a Tool That Exposes Users to More...