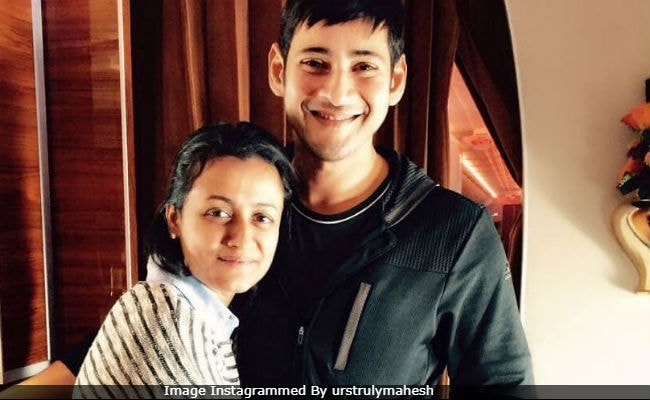 Telugu superstar Mahesh Babu picked out an adorable picture from their family album to wish wife Namrata Shirodkar on her 47th birthday. “Happy birthday my sweetest love. Thank you and love you for everything that you mean to me,” Mahesh Babu wrote for Namrata. In the picture, she hugs Mahesh Babu as the couple pose for the perfect shot. Mahesh Babu’s post for Namrata Shirodkar has got over 1.2 lakh like in just an hour and the comments thread is flooded with birthday wishes for the former actress. Her close friend Dia Bhupal posted two heart emoticons for the picture.

Namrata Shirodkar is currently having a gala time with her close friends and family. She recently posted several pictures of with former supermodel Mehr Jesia and other friends.

Over the weekend, she visited Shirdi with sister Shilpa Shirodkar and children Gautam and Sitara.

The family went to Dubai for New Year’s. Namrata Shirodkar shared many pictures from the vacation, where they were also joined by Sania Mirza and Shoaib Malik.

Mahesh Babu and Namrata Shirodkar married in 2005. Namrata Shirodkar is also a former beauty queen. She won Miss India title in 1993 and made her Bollywood debut with Salman Khan and Twinkle Khanna’s Jab Pyaar Kisise Hota Hai, which released in 1998. Hero Hindustani, Pukar, Dil Vil Pyar Vyar, Vaastav, Astitva and Bride and Prejudice are some of the other films on her resume.

Meanwhile, Mahesh Babu was last seen in Bharat Ane Nenu and Maharshi is his upcoming film.