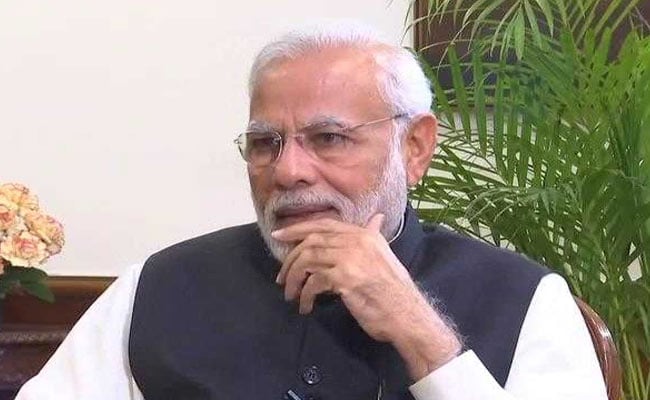 Congress chief Mallikarjun Kharge has written to Prime Minister Narendra Modi asking him to herald the general public area key paperwork associated to sacked CBI chief Alok Verma, together with the Central Vigilance Fee report and the main points of the Choice Committee assembly on January 10 that led to the controversial ouster.

Mallikarjun Kharge represented the opposition within the three-member Choice Committee, through which the votes of PM Modi and Justice AK Sikri decided Alok Verma’s removal as Director of the CBI or Central Bureau of Investigation.

Mr Kharge had put up a dissenting note through which he cited the Vigilance report, which stated there was no proof of the primary corruption allegations in opposition to Alok Verma. That’s the report he desires to be made public, together with one by Justice AK Patnaik, who monitored the vigilance probe.

“Regardless of my finest efforts to persuade the members of the committee that we ought to be following the due means of legislation and the ideas of pure justice, the members selected to take a choice based mostly on the report that now stands disowned by Justice Patnaik,” Mr Kharge has stated in his letter to PM Modi.

The Congress chief stated the media had extensively reported that Justice Patnaik had stated “there was no proof of corruption in opposition to Verma” and “what the CVC says can’t be the ultimate work” and termed the motion of the committee “very, very hasty”.

“Such big embarrassment might have been averted if the committee had determined to independently look at the report of the CVC, the report of Justice Patnaik, the submissions of Alok Verma in his defence and draw its personal conclusions earlier than reaching a choice,” stated Mr Kharge.

He stated it was unlucky that the “manipulative actions of the federal government” had been immediately answerable for inflicting “deep embarrassment to the judiciary”, including {that a} member of the judiciary had been pressured to defend the choice.

The federal government, alleged the Congress chief, appeared to be frightened about one thing and in a tearing hurry to dispose a person from his workplace. “An irrational resolution was taken to transfer Alok Verma as Director General Fire Services even after his superannuation.”

Mr Kharge stated each Mr Verma’s elimination and the appointment of an interim CBI chief had been unlawful.

He stated the federal government should name an instantaneous assembly of the Choice Committee to nominate a director immediately.