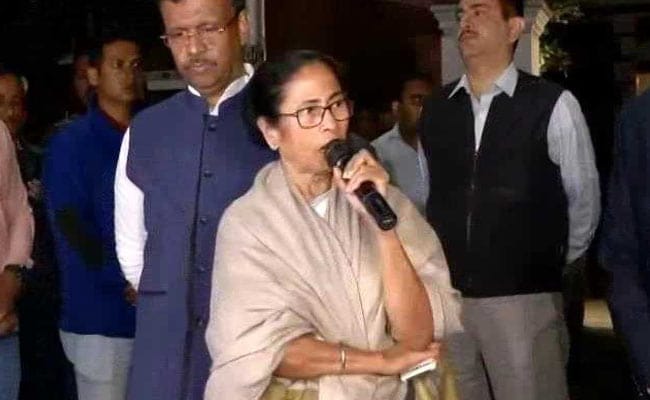 Outside Kolkata Police chief’s home, Mamata Banerjee said it is her duty to protect officers

Kolkata:  Bengal Chief Minister Mamata Banerjee lashed out at Prime Minister Narendra Modi, BJP chief Amit Shah and National Security Advisor Ajit Doval this evening after a huge showdown between the Kolkata Police and the officials of the Central Bureau of Investigation over the questioning of Kolkata police chief Rajeev Kumar. The CBI officials, who turned up at the home of Mr Kumar, had been dragged off to the Park Street police station. “How dare you come to a police commissioner’s home without warrant,” questioned Ms Banejee furiously, promising to hold a dharna to “save the Constitution”.