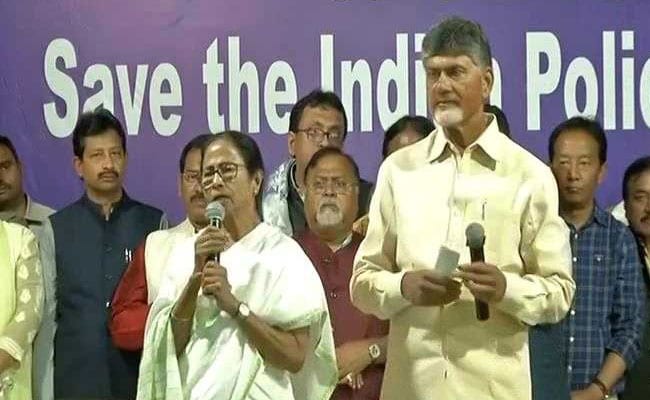 Kolkata:  Mamata Banerjee today called off her sit-in protest, which had turned Kolkata into the country’s political capital for the last three days. “We are not stopping the fight, we will take it up in Delhi,” announced the chief minister, standing at the side of her Andhra Pradesh counterpart Chandrababu Naidu at Kolkata’s Esplanade, where she has been camping out since Sunday. Mr Naidu, another interlocutor of the opposition, had called for an end to the protest after consulting other parties. The move followed the morning’s session at the Supreme Court, where the CBI and the Kolkata Police were asked to discuss their differences at a neutral venue. Ms Banerjee claimed it was a moral victory for her party.