In a photo widely shared over the weekend, the Bengal chief minister is seen personally ladling food onto Tejaswhi Yadav’s plate and also, separately, on Gujarat activist Hardik Patel’s.

Immediately after the rally, the leaders drove to Soujanya, an auditorium complex near the National Library, for tea and then a press meet.

The photo was tweeted by Sanjay Yadav, who describes himself as “political adviser to Ex Deputy Chief Minister, Bihar, Tejashwi Yadav”. 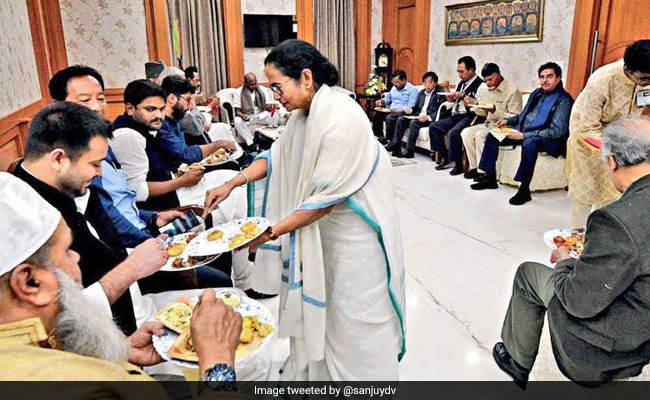 There was much praise for Ms Banerjee’s famous “humility and simplicity” in posts reacting to the photos.

But Ms Banerjee and the opposition leaders were not spared biting criticism and mockery.

Setting the tone for the national election due by May, opposition parties at the rally declared they would fight unitedly to oust Prime Minister Narendra Modi and the BJP which, they said, was “past its expiry date”.