​Manchester United captain Antonio Valencia has turned down the chance to leave Old Trafford on transfer deadline day, despite reported interest from Newcastle and Fulham.

Valencia has been absent from eight of the nine matchday squads named by Ole Gunnar Solskjaer since he took over at Old Trafford, and it is difficult to see a route back into the team for him.

Despite this, ​The S​un claims that ​Valencia has rejected the chance to join either of the relegation-threatened sides pursuing him and will see out his contract, which expires at the end of the season. 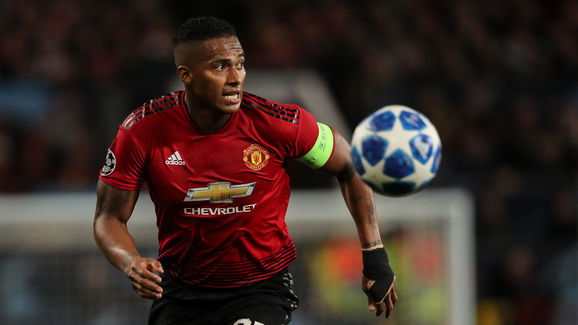 ​Newcastle and ​Fulham could both have benefited from Valencia’s experience, and Claudio Ranieri in particular was keen to sign the Ecuadorian to bolster his defence, which has been the worst in the Premier League this season.

Valencia has made 338 appearances for ​Manchester United since joining the club from Wigan in 2009, winning six major trophies in that time including two Premier League titles.

He was appointed club captain at the start of the 2018/19 season following the retirement of Michael Carrick, but he has only made five Premier League appearances this season. Manchester United can activate an option to extend Valencia’s contract by a further twelve months, as they recently did for fellow full back Matteo Darmian.

According to the ​Manchester Evening News, Valencia acknowledges that he can no longer meet the standards demanded of a Manchester United full back, but is determined to prolong his career elsewhere.

Having played for the club for ten years, Valencia qualifies for a testimonial match, though it remains to be seen if he will get one.